Dane: Lowndes bowing out on a high

Dane: Lowndes bowing out on a high 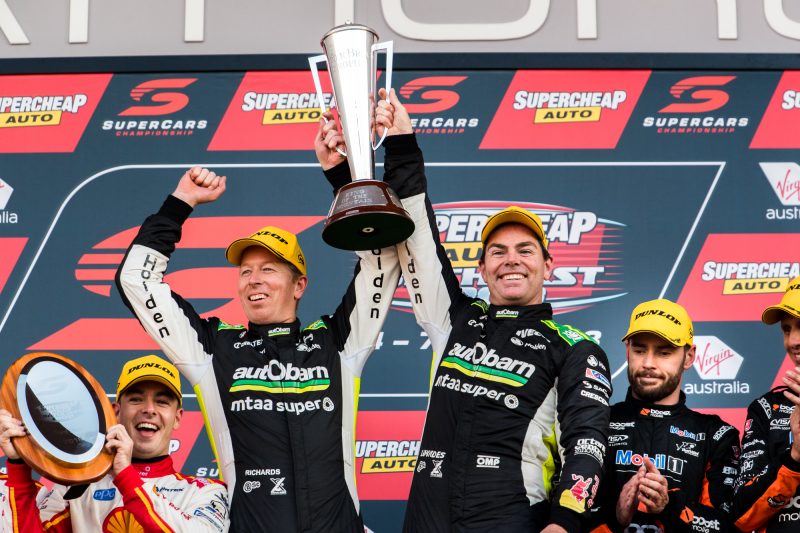 Craig Lowndes’ drive to victory in the Supercheap Auto Bathurst 1000 is proof that the veteran is bowing out of full-time Supercars racing on a high, according to Triple Eight boss Roland Dane.

It proved to be Lowndes’ second win of his final full season in the category and his seventh Bathurst 1000 crown, while Richards racked up his fifth Great Race win.

Labelled a special victory for his team, Dane believes Lowndes has maintained a force in the category this season and in particular at Bathurst by using his experience and playing to his strengths.

“Honestly, that’s how you keep your stock high, your credibility high, is to have wins like this under your belt at this stage of your career. It can only enhance your value as a sportsman in a wider arena,” said Dane.

“That’s why Jim Richards was still good when he was 50. He stayed round here because experience counts, and so Craig puts that experience to very good use here.

“You have to understand the balance as you get a bit older, or play to your strengths, and Craig’s doing that this year very, very effectively.”

The victory further highlighted how valuable Lowndes will be to Triple Eight when he reverts to being a co-driver next year.

It is yet to be confirmed whether the three-time series champion will be partnered with Jamie Whincup or Shane van Gisbergen.

However, Dane believes that Lowndes could have as many as five years of co-driving in him if he wishes.

“He’s now won two races this year including the biggest of the year, which proves that he’ll be a formidable co-driver,” he added.

“Well it gives you a lot of flexibility to be honest, having Craig in the car with one of the other guys, because he’ll almost certainly be the outstanding co-driver next year.

“It gives you massive flexibility from a laps point of view, whether you leave somebody in, whether you, and not just here but the other two enduros as well. You’ve got to look at them collectively.

Lowndes hailed yesterday’s victory as a close second best to his emotional 2006 triumph.