Whincup satisfied with second in Shootout

Whincup satisfied with second in Shootout 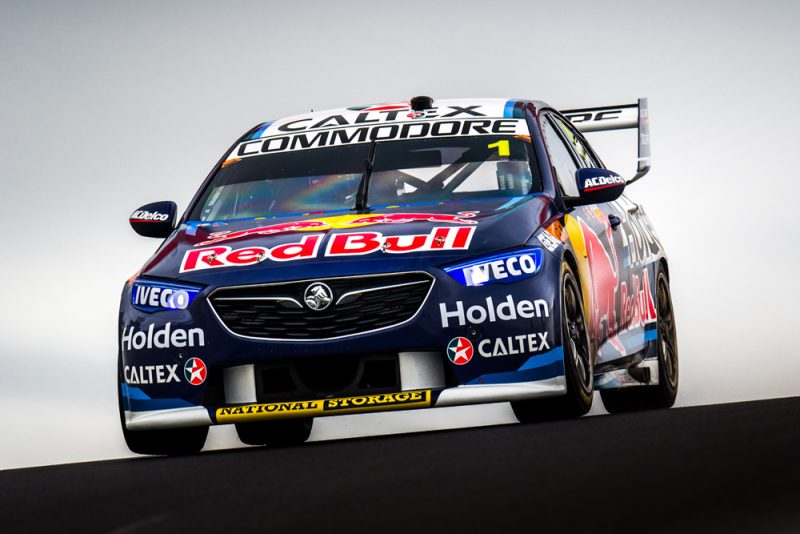 Jamie Whincup is satisfied to be starting the Supercheap Auto Bathurst 1000 from second position after narrowly missing out on pole in the Armor All Top 10 Shootout.

Whincup set the fastest time in qualifying which saw the Red Bull Holden Racing Team Commodore out last in the Shootout, suggesting second was the best he could muster.

The seven-time champion banked a 2:04.0683s lap, which included the fastest split time through the final sector, to end the session just 0.009s off David Reynolds’ pole time.

“(The) engineers did a good job, car was fast and I sort of got the most out of it,” said Whincup.

“Watching Anton (De Pasquale) over the top, bit of a Scando (Scandinavian) flick into McPhillamy, I thought ‘Jesus, there’s some grip there’.

“But it’s one thing having the grip but you’ve got to maximise it as well.

“I think we did, in doing a great job, we did the best we could and we were only good enough for second today.”

Team boss Roland Dane meanwhile suggests Whincup had more in reserve, and was instead playing the long game ahead of the Supercheap Auto Bathurst 1000.

“Jamie left something on the table,” Dane told Speedcafe.com.

“He knows full well that at this place all you can do is potentially screw up your day on Sunday by going too hard on Saturday in the Shootout.

“He was a little bit conservative there, it’s exactly where he wants to be for the race tomorrow.”

“They were quick yesterday, quick last year, they haven’t forgotten.

“But there’s an 161-lap race tomorrow and that can be a very different proposition. I’m not surprised at all about their pace.”

Whincup and co-driver Paul Dumbrell will start from the inside of the front row, with team-mates Shane van Gisbergen and Earl Bamber immediately behind them on the grid in fourth.

Craig Lowndes will start his final Bathurst 1000 as a full-time driver in ninth in the third Triple Eight entry, a car he’ll share with Steven Richards.