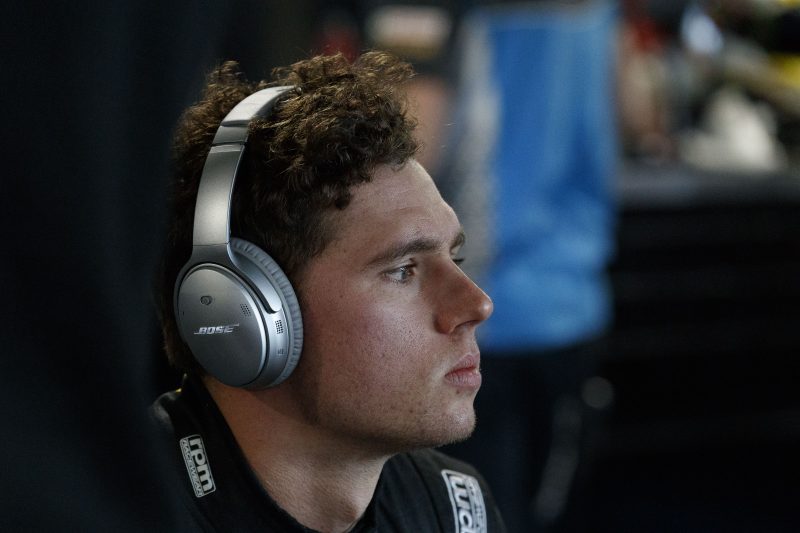 Cam Waters has slammed Tickford team-mate Chaz Mostert following a tangle that has put Monster Energy Ford out of contention for this year’s Supercheap Auto Bathurst 1000.

The Monster Energy car driven by co-driver David Russell at the time sustained contact from Mostert in an incident at Forrest’s Elbow on Lap 21/161.

Mostert poked his nose down the inside of the car before the gap closed, which resulted in Russell being pitched into the wall on the right hand side, damaging his steering and suspension.

Russell brought the car back, which had been running inside the top 10, to the pits for extensive repairs before rejoining the race 11 laps down.

Waters, who started the race sixth, labelled the move ‘dumb’ as he took aim at his Tickford team-mate Mostert.

“D-Russ just got out there,” said Waters on Fox Sports.

“I don’t know what Chaz was doing trying to pass him and put him in the fence.

“Pretty dumb, 30 laps into the race. Two years in a row, got taken out by Chaz.”

An ambient microphone caught Waters full disgust shortly after the interview when he went to talk to Russell sat in the car while it was in the garage.

“Sorry man, we just got f***ed up by our f***ing team-mate,” Waters said when talking to his co-driver.

Officials investigated the incident before deciding to take no further action.

Mostert escaped the clash and is running inside the top six.

The 2014 Bathurst 1000 winner said there was no malice in the move when speaking to television crews later in the race.

“We’ve got a little bit of damage from the contact with the six,” said Mostert.

“You never really want to see that happen, really bad for the team, Tickford, for that, but just got to keep pushing on and see what we can get at the end of this.

“D-Russ just come out of the pits on a new set of tyres – it looked like there was a big gap there.

“(I) went down the inside and stopped it, just ran out of room in the middle of the corner.

“Definitely, it wasn’t intentional to do something bold, but the car was stopped and it’s a pretty tight corner as it is.

“It’s a real shame for the Monster guys; wish you could take it all back and you could wait for another opportunity, you never want to make contact with your team-mate.”