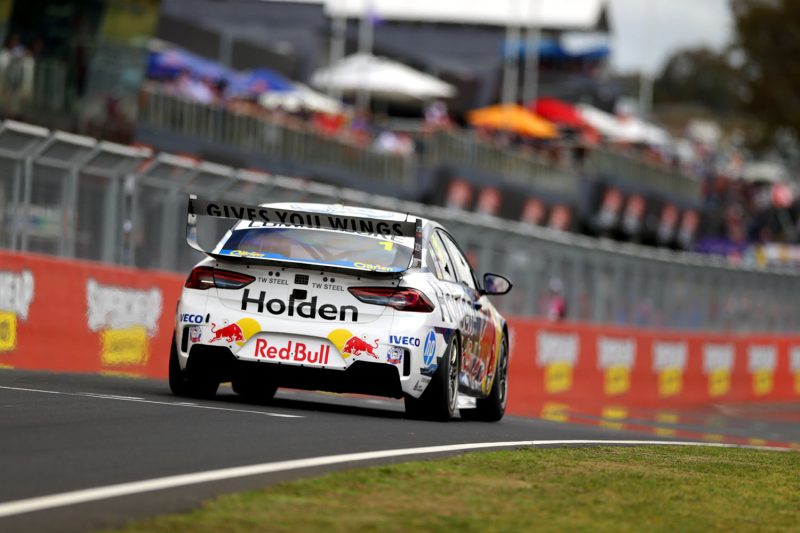 The #1 Triple Eight Holden of Jamie Whincup and Paul Dumbrell

Triple Eight Race Engineering has been fined $5000 and penalised teams’ championship points for the pit stop which preceded incident in which Car #1 threw a wheel off.

The wheel was believed to have parted company when the clip which the nut fastens to broke free from the hub.

Stewards have issued the fine, and a penalty of 30 teams’ championship points, after Triple Eight admitted to not tightening the wheel properly at the pit stop which occurred under the Safety Car period just prior on Lap 34.

“Following a post-race DRD investigation and an admission by Triple Eight Race Engineering Pty Ltd of a breach of Rule A4.4 (Each Competitor is responsible for all safety aspects of the Team including that Competitor’s Car, namely the Team admitted it failed to adequately tighten the wheel on Car #1 at its pit stop before the wheel departed the Car on Lap 38) the Stewards imposed the penalty of a fine of $5000 and the Loss of 30 Teams Championship Points on Triple Eight Race Engineering Pty Ltd,” read the stewards report.

There were no other penalties issued post-race, and only two during the race.

The first was a time penalty for a clash between Tim Slade and Alex Rullo and the second a drive-through for David Reynolds’ fateful pit stop.

Ironically, the stewards report also reveals that the #9 Erebus Motorsport entry escaped a similar penalty earlier in the race.

On that occasions, it was in fact Triple Eight which raised the allegation with stewards, but Erebus was cleared due to lack of evidence.

“The DRD investigated the following Incidents during the Race and determined that they did not warrant referral to the Stewards: … an allegation by Triple Eight Race Engineering that Car #9 spun its rear wheels while in the air during its pit stop as there was no evidence to corroborate any breach of the rules,” read the report.

The incident in question was not that which led to the penalty, a moment which was broadcast live.

Triple Eight’s RBHRT cars still lead the teams’ championship by 579 points, the equivalent of just over one event, from Shell V-Power Racing.