McLaughlin fastest in Bathurst 1000 Warm Up

McLaughlin fastest in Bathurst 1000 Warm Up 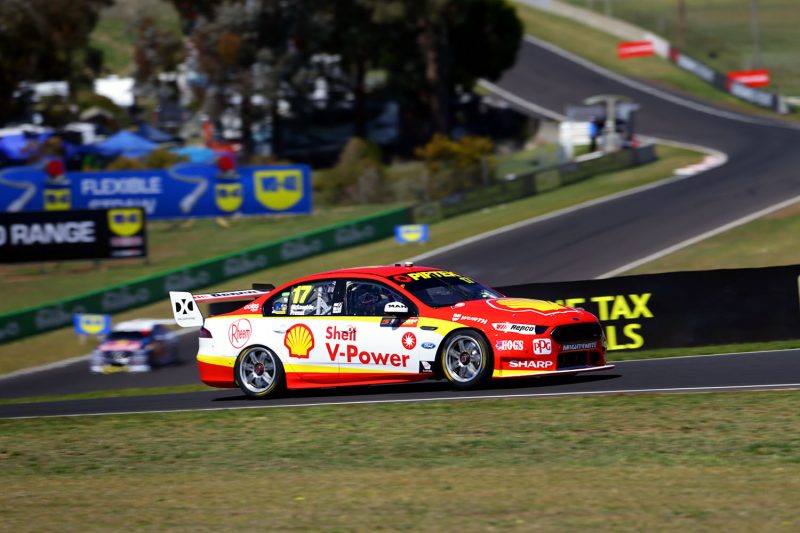 Scott McLaughlin has gone fastest in the final session ahead of today’s Great Race as he dropped into the fours in the Warm Up.

McLaughlin (#17 Shell V-Power Racing FGX Falcon) lapped Mount Panorama in a best time of 2:04.9634s in the 17th minute, consolidating the position he already held at the top of the timing screens.

The time was almost 1.4s than the fastest lap of the corresponding session in 2017.

Crews continued to practice rotor changes, of which one is compulsory for each car for the first time in Bathurst 1000 history.

The main drama was for the #11 Castrol Nissan Altima of Rick Kelly/Garry Jacobson, which spent much of the 20-minute session in the garage as the Nissan Motorsport team worked to address a power steering problem.

Kelly subsequently moved to eighth with a 2:07.7331s at the end of the session.

Steven Richards, meanwhile, reportedly verified that steering was no longer a concern for the long-plagued #888 Autobarn Lowndes Racing ZB Commodore, and Craig Lowndes set a time which put him 10th.

DJR Team Penske was also in action in its sheds, changing dampers on all four corners of the #12 FGX Falcon of Fabian Coulthard/Tony D’Alberto as they chased balance.

Shane van Gisbergen ran down the Murray’s Corner run-off area at a rate of knots late in the session as the #97 Red Bull HRT ZB Commodore ended up 16th.

Armor All Pole-sitter David Reynolds had an early spell in the lead before the #9 Penrite ZB Commodore was shuffled back to ninth.

The car which will start on the outside of the front row, the #1 Triple Eight ZB Commodore of Jamie Whincup/Paul Dumbrell, finishing fourth.

An early headline was the #21 CoolDrive ZB Commodore of Tim Blanchard/Dale Wood, which was seen with the driver’s door flapping open exiting The Cutting.

The stoppage was called to allow a marshal to retrieve debris in the form of what appeared to be a blanket on the track between The Dipper and Forrest’s Elbow.