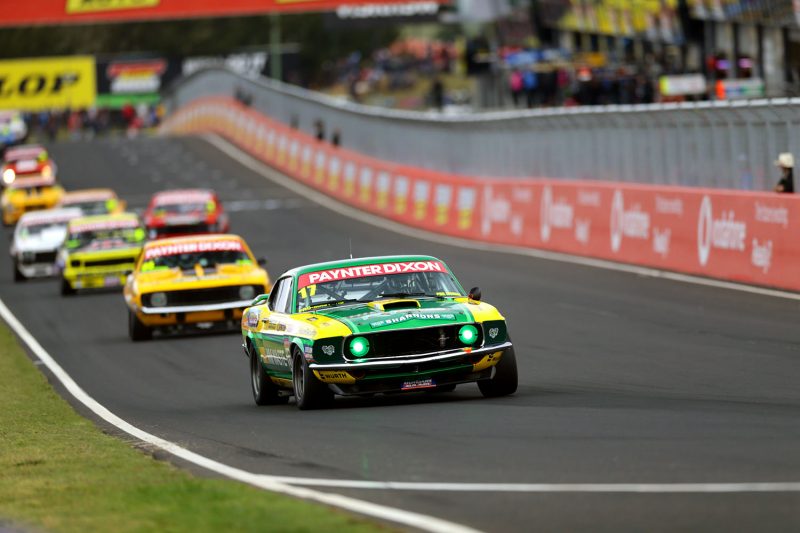 Steve Johnson and Brad Tilley shared the spoils in the Paynter Dixon Touring Car Masters Series on Saturday at the Supercheap Auto Bathurst 1000.

Tilley (Ford Falcon) nosed ahead up Mountain Straight off the front row at the start of the Trophy Race, as Brett Youlden (Holden Monaro) got by Ben Dunn (Chevrolet Monza) for second at Murray’s at the end of Lap 1.

Paul Freestone (Chevrolet Camaro) managed to work his way up to third ahead of Wayne Mercer (Ford Falcon) and Rusty French (Ford Mustang) in fourth and fifth respectively.

Tilley grabbed the win by just over a second over Youlden.

Further back, John Bowe (Holden Torana) charged his way up to eighth, with Johnson 20th after starting from the final row.

In Race 2, Johnson (Ford Mustang) was able to clear fellow front row starter Bowe before the first corner, as the field got through the opening lap unscathed.

Cameron Tilley had a tailshaft fly from his Valiant Pacer on Conrod Straight, pulling over at The Chase moments later.

Anrdrew Fisher (Ford Falcon) had his own wild moment, after getting unsettled on the inside kerb at the kink of The Chase, firing off the road and into the gravel trap.

The incident was dealt with under local yellows.

Up front Johnson crossed the line comfortably ahead of Bowe and Mark King (Chevrolet Camaro).

The final race of the weekend for Touring Car Masters gets underway on Sunday at 0835 AEDT. 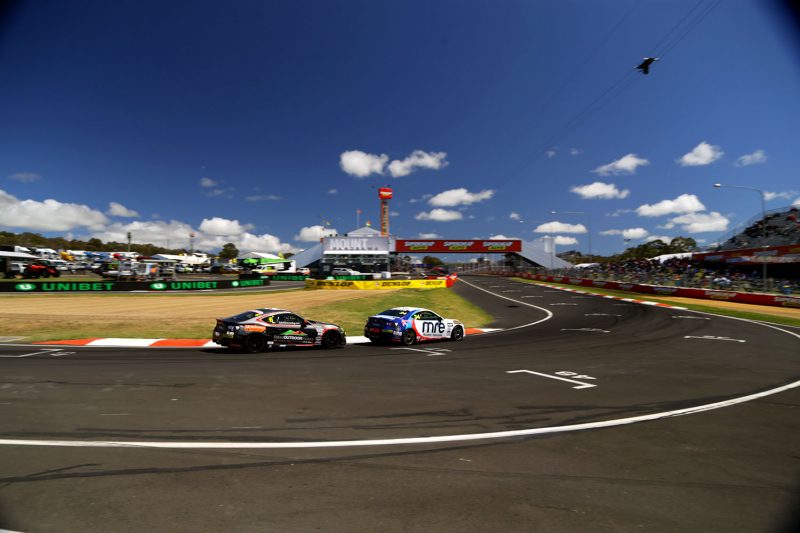 Jake Klein and Tim Brook battling for the lead

Jake Klein prevailed in an outstanding duel for the lead to take out the Race 2 win in the Toyota 86 Racing Series.

Series leader Tim Brook led the field up Mountain Straight on the opening lap, with Klein slotting into second spot ahead of Luke van Herwaarde.

The first change for the lead came on Lap 3, as Klein dived up the inside of Brook under braking for The Chase, before van Herwaarde also shuffled Brook back to third at Murray’s corner.

Van Herwaarde then went for the lead, attempting to hang around the outside through the Reid Park and the Grate, with Klein staying out front on that occasion.

Another challenge for the lead came on Lap 5 as van Herwaarde slipstreamed Klein down Conrod Straight, but the latter had the inside line for The Chase and prevailed again.

Van Herwaarde eventually got by at Griffins Bend, with Klein slow on the exit after a slight touch with the former who was on his outside on entry to the corner.

Van Herwaarde managed to pull alongside and get by before The Cutting, but Klein put on a move for the lead at The Chase on the last lap.

The pair touched and van Herwaarde ended up facing backwards, allowing Brook to pounce on Klein at the final corner, but ultimately having to settle for second.

James Davison was the first of the invited drivers home in 14th, one place ahead of Glenn Seton.

Race 1 was abandoned after a major crash on the first lap brought out the red flag, with Race 3 set to take place on Sunday at 0730 AEDT.