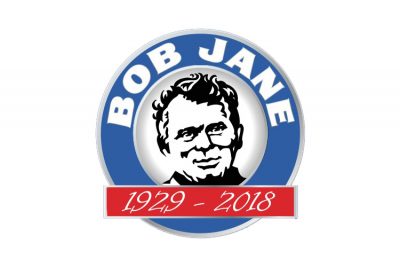 Supercars teams will pay tribute to the late Bob Jane at the Supercheap Auto Bathurst 1000.

To mark the passing of the legendary figure in Australian motorsport Supercars has orchestrated a fitting tribute at Mount Panorama.

A special sticker has been designed depicting Jane which will be carried by all 26 cars throughout the remainder of the weekend.

Brad Jones Racing’s ZB Commodores already have branding on their cars to pay their respects to Jane, who was godfather to team owners Brad and Kim Jones.

In addition to the teams’ tribute Bob’s nephew Kim Jane will drive a replica of the Ford Cortina GT that Jane and Harry Firth drove to victory at Bathrust in 1963 in the Heroes and Legends parade prior to Sunday’s race.