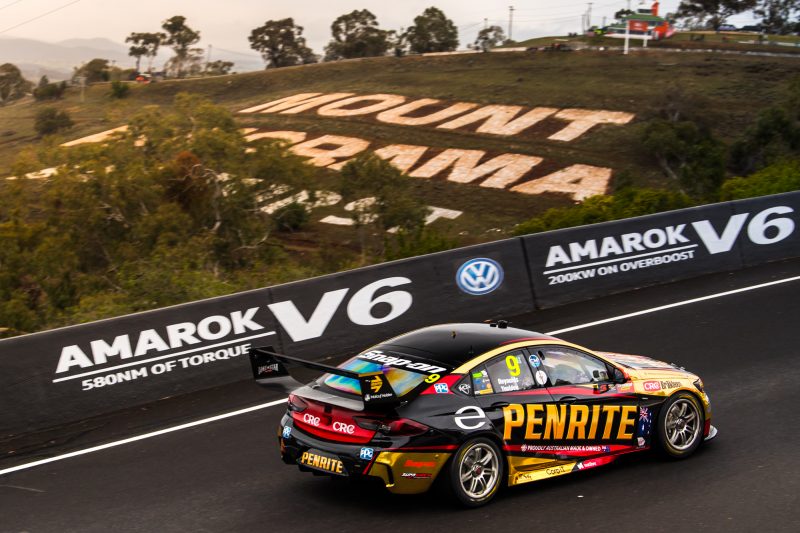 Erebus Motorsport’s stunning performance in qualifying to score pole and third is proof the squad can successfully defend its Bathurst crown, according to general manager Barry Ryan.

The squad looked on course to lock out the front row until Whincup’s lap demoted Bathurst 1000 rookie Anton De Pasquale to third having topped the times for much of the session.

Ryan labelled the effort from both his drivers and the team as ‘unbelievable’ and proof that last year’s success at Mount Panorama was not a fluke.

“First and third, that’s unbelievable for the team. It proves any doubts from last year that we’ve fluked it a bit,” Ryan told Speedcafe.com.

“Now tomorrow we’ve got to go out and do the job – that’s what it’s all about now.

“Four fast drivers and two fast cars and a great team; we’ll just do what we did last year. If we’ve got a fast car with 20 laps to go, we’re in with a chance.

“There’s no reason now (why we can’t defend the crown), because all you need here is smart drivers, a good team and fast cars with 20 laps to go.

“We’ve got all the ingredients, we’ve just got to do our job tomorrow.”

While impressive over one lap, Ryan is confident the outfit won’t have to compromise its race set-up as it now looks to prepare for Sunday’s 161 lap epic.

“I don’t think we’re going to have to compromise the qualifying set-up too much for the race,” he added.

“We’ll do our normal stuff for the race, it’ll still be fast.

“We’ve got a setup that we think is going to be good for the end of the day, that’s what you’ve got to really target here.

“The track’s going to evolve because it hasn’t really got all the rubber it usually has by Saturday with all the rain. I think we’re on track to make the cars good at the end of the race, which is what you need.”

Looking ahead to the race, Reynolds says he will be more relaxed despite starting from pole position but admits rain could throw write off the team’s victory hopes.

“I feel slightly more relaxed going in tomorrow because I know that we can achieve it again,” said Reynolds.

“But if it’s raining tomorrow I don’t know, we got no chance. Our thing’s terrible in the wet.”

The Supercars field will head out for one final Warm Up at 0805 local time/AEDT before the Great Race which begins at 1110.