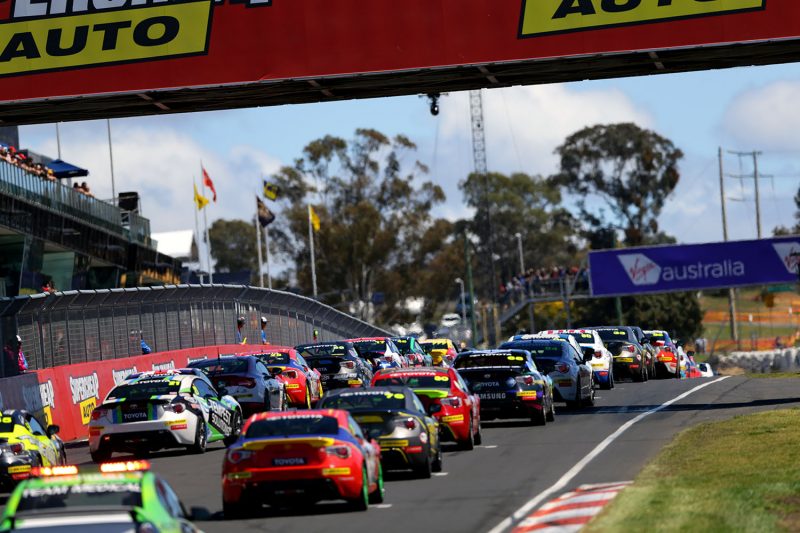 The Toyota 86 field at Bathurst 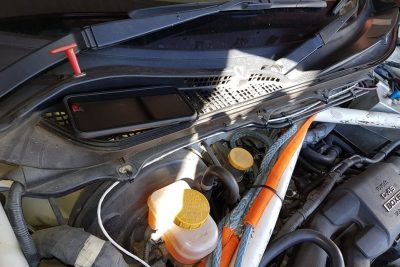 The mobile phone in the engine bay pic: John Ruggiero via Facebook

Toyota 86 racer Zane Morse has explained how a phone bizarrely survived a shortened race trapped in the engine bay of his car at the Supercheap Auto Bathurst 1000.

The phone belonging to Morse’s dad, Andre, was left in the engine bay in the ‘mad rush’ to get his son out for Race 1 when they had to replace a shock absorber moments before having to go to the grid.

Race 1 of the weekend on Saturday morning was abandoned following a heavy crash on the opening lap at Mount Panorama.

Morse was lucky to even make it out for the first race, having to change cars over Friday night after damage was found to the roll cage of his original racecar, which was deemed unsafe to compete.

The team were going to drive from Bathurst to Melbourne and back to pick up a spare car, however, fellow competitor Dylan Thomas offered up his own spare car, with the team having to make a trip to Sydney and back to retrieve it.

“We were lucky enough to have Dylan Thomas lease us a car, but when we got the car there was a lot of prep work that we had to do,” Andre Morse told Speedcafe.com.

“In the mad rush, we were just about to go to the grid (for Race 1) and the rear left shock exploded as the cars were going to the grid.

“We managed to jack it up, get it changed, put the bonnet and the boot down and the phone was sitting in the engine bay and it ended up doing a race at Bathurst.

“We got back here and couldn’t find the phone; we’ve got this Live 360 app, so Zane has pulled it up on his phone and has gone ‘it’s a metre away, it’s a metre away!’,” he added.

“We couldn’t find it and I lifted the bonnet and there’s the phone sitting there underneath the bonnet.

“It was just sitting right at the top, never moved from where it was sitting.

Zane Morse said the team and his dad worked late into the night to get the new car out for Saturday’s encounter.

“After qualifying, we were sitting pretty comfortably in fourth,” he recounted.

“Unfortunately there was something wrong with the roll cage and it was unsafe.

“So, we got this new car out (from Sydney) and all prepped it last night. The new car arrived here at 7pm last night and we were here until 10pm.

“It’s Bathurst and it’s a dream come true to be here, just wish I had my original car for the final race.”

The final race of the weekend for the Toyota 86 Racing Series takes place on Sunday at 0730 AEDT.