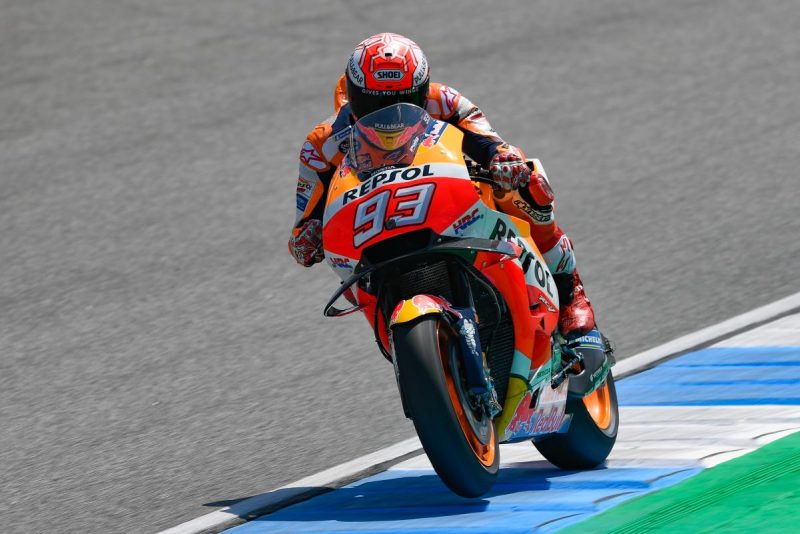 Marc Marquez has made a small piece of MotoGP history, becoming the first rider to take pole position having come through from Q1.

The Honda rider’s pole lap in Q2 at the inaugural Thailand MotoGP event, his 50th pole position in the premier class, was actually slower than his Q1 time, but enough to secure Saturday bragging rights ahead of his fierce Yamaha rival Valentino Rossi.

Marquez was forced into Q1 due to a crash in Saturday morning’s third practice session that left him down in 11th overall. However, the Spaniard came out on top in the Q2 shootout, defeating Rossi who held the top spot with two minutes to go until Marquez’s second last lap.

Ducati rider Andrea Dovizioso will line-up in third place having looked strong on his fast lap, only to lose time in the final two sectors.

Dovizioso will be the sole works Ducati after his injury-ridden team-mate Jorge Lorenzo withdrew from the event after a big crash on Friday.

The Thailand Grand Prix will start at 1800 AEDT tomorrow.