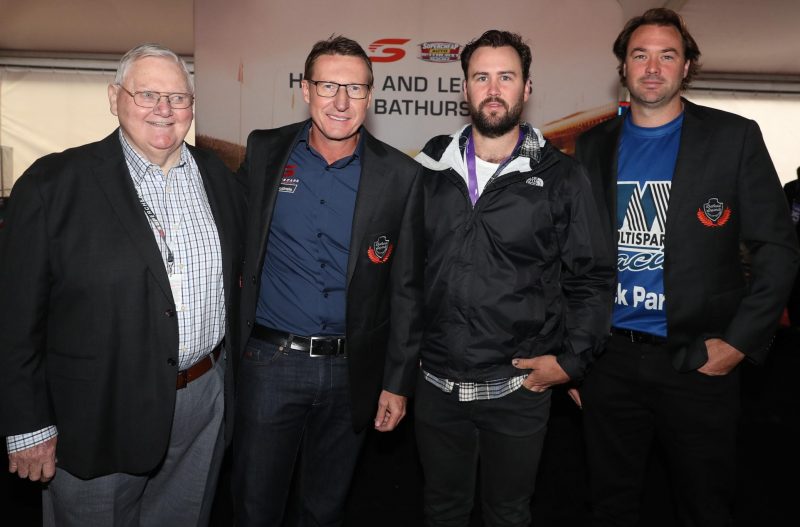 Supercars has revealed the three names to be inducted into Legends Lane at this year’s Supercheap Auto Bathurst 1000.

The great Bob Jane, who passed away last Friday following a battle with cancer, is also one of the Legends to be honoured in the permanent tribute which is set to be built at the circuit.

“There have been so many who have made this race and event what it is today,” said Supercars CEO Sean Seamer.

“Gregg, Mike and Mark are true greats of our sport in many ways. On behalf of Supercars and Australian motorsport we thank them for all they have done at this great place.”

Raynond was the voice of Australian touring cars in the 1970s through to the 1990s, calling the Great Race for more than 20 years.

The former head of Channel Seven was also influential in the move to what has now become Supercars when he led Seven and major sponsor Shell to back the Ford and Holden switch in the 1990s.

Meanwhile, Hansford holds the unique distinction of winning at Bathurst on a bike and in a car.

Hansford tragically died at age 42 following a crash while competing in a Super Touring race in 1995 at Phillip Island.