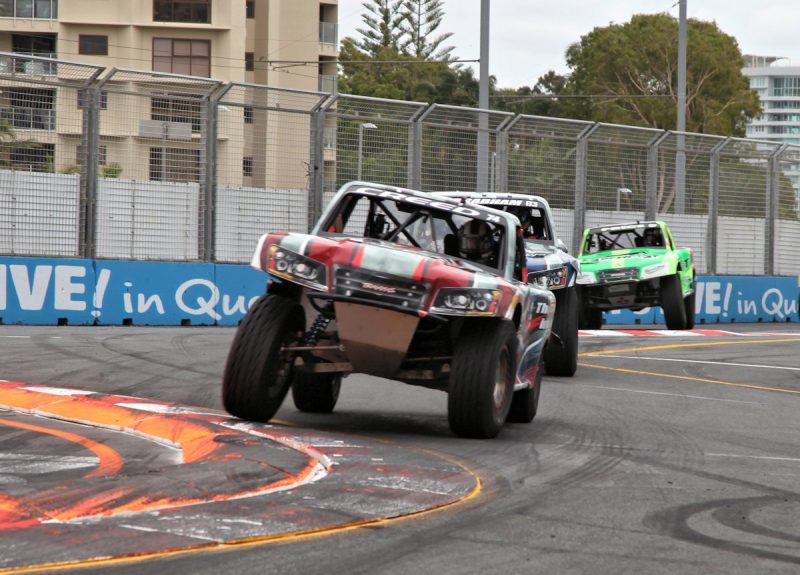 Stadium Super Trucks will learn its fate by Wednesday

The outcome of legal proceedings between Stadium Super Trucks and the Confederation of Australian Motor Sport will be confirmed next week following court proceedings in Melbourne today.

Stadium Super Trucks is seeking an injunction against CAMS which last month suspended the American series’ licence to compete in Australia on safety grounds.

It saw the category removed from the Vodafone Gold Coast 600 support schedule, prompting the Robby Gordon owned series to appeal the decision through the Victorian Supreme Court.

The case was heard by Justice John Digby who has reserved his decision to summarise all the evidence and make a decision by 1700 AEST Wednesday.

“The matter is before the court, the decision is reserved and it’s inappropriate for us to comment any further at this stage,” Cayzer told Speedcafe.com.

CAMS did not respond when contacted for comment on the matter.

Stadium Super Trucks competed on the streets of the Gold Coast in 2015 and 2016, although missed last year’s event.

The series has already supported Supercars twice in 2018, featuring at Adelaide and Barbagallo, where a wheel struck the pedestrian bridge following a crash for Matt Nolan off one of the jumps on the front straight.

It is believed that much of the additional Stadium Super Trucks equipment needed for the Gold Coast event is already in transit from the US.

Supercars has announced that the Kumho Tyres V8 Touring Car Series will fill the hole left by the series in the Gold Coast program.