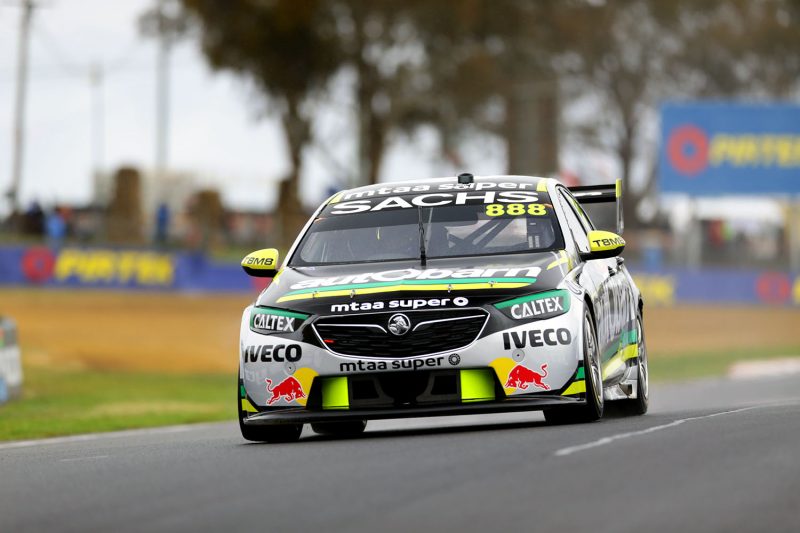 Craig Lowndes expects his final appearance in the Armor All Bathurst Top 10 Shootout to be an emotional affair.

The Supercars fan favourite placed the Autobarn Lowndes Racing Commodore sixth in today’s qualifying session to secure a berth in the Shootout for the first time since 2014.

A last gasp effort secured the spot which proved fitting given it will be the last time the veteran will qualify the car at The Great Race.

Lowndes will adopt a co-driver role at Triple Eight next year following a decision to retire from full-time Supercars racing.

“The last couple of years I haven’t been able to be part of it, so the Saturday has been pretty boring to be honest. We only got in on that last run.

“We were chasing car, but I’m sure everyone was as its the only dry session we’ve had.

Lowndes says he will try to put the emotion of his final Shootout lap in the back of his mind tomorrow but admits they could boil over on the cool down lap.

“I’ll put (the emotions of the final Shootout lap) to the back of my mind, I’ll just go out and do the best that I can.

“To be honest sixth is a great position for me, every time I’ve done well here I’ve been on the third row.

“I’d be happy to qualifying fifth or sixth tomorrow. It is what it is.

“I think we’ll go out and focus on the lap. Probably at the end of it, when I drive around and do the cool down lap, it will be more emotional then knowing what we’ve achieved.

“The biggest thing was to be part of the (top) 10 this week, and that’s the first tick. Tomorrow the second tick is keeping it off the wall and doing a clean lap, and see where we start the race.”

Achieving a berth in the Shootout appeared in doubt having been plagued by a power steering issue which had reared its head on Thursday.

The team were eventually able to trace the source of problem to a kinked hose.

“It took a while for us to chase it down,” he added.

“Then Richo went out in his session and radioed and said ‘no it’s come back’. So it wasn’t the rack or the pump. We thought it might have been the pump’s pressure relief valve; no difference.

“What we actually found it was one of the hoses that had been kinked. It’s wrapped in insulation, so it was something we had to chase down.

“We’re lucky it we didn’t lose a lot of track time because of the wet weather. If it was dry conditions we would have been a bit behind the eight ball.”

The Armor All Top 10 Shootout is scheduled to begin at 1710 AEST.