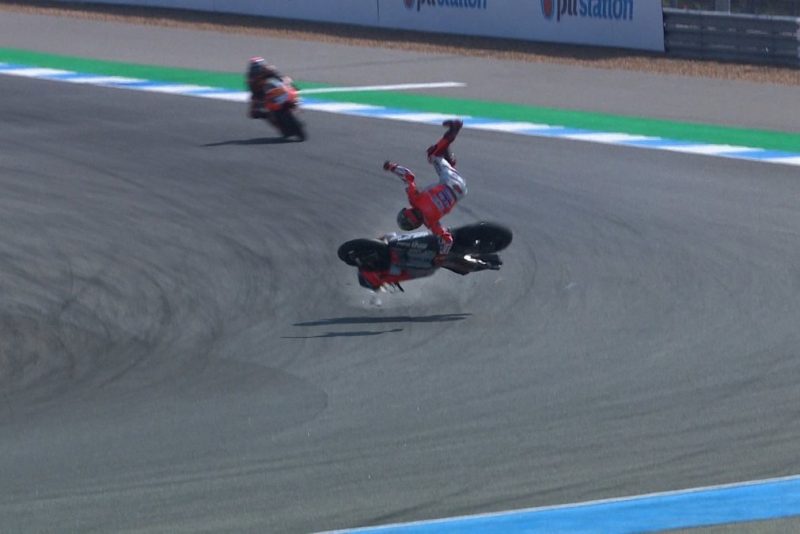 Jorge Lorenzo has escaped with heavy bruising despite a sickening highside during practice for the Thailand MotoGP which saw him hospitalised.

Lorenzo lost the rear of his factory Ducati at the Turn 3 hairpin before it gripped up and threw him off during Free Practice 2.

Such was the ferocity of the crash, the Desmosedici threw off its seat fitting as it too tumbled along the track and tarred run-off area.

The Spaniard arrived at the Buriram International Circuit uncertain of his physical state to race this weekend due to a dislocated toe and fractured metatarsal on his right foot, sustained when he crashed out at the first corner of the Aragon MotoGP a fortnight ago.

He maintained consciousness during and after his wicked spill in Thailand, but was stretchered away from the scene and ultimately taken to the circuit medical centre.

According to a statement from Ducati, issued after an x-ray at the medical centre, Lorenzo “has strong bruising on his left wrist and right ankle but no fractures.”

MotoGP has since advised via its official website that x-rays subsequently undertaken in hospital, as a precaution, confirmed “contusions to the wrist and right ankle” but ruled out further fractures.

The cause of the crash is not yet known but there is speculation that a mechanical issue caused the Ducati’s engine to stop and lock the rear wheel.

“The Italian TV was replaying the sound of the onboard and it sounded like something strange has happened.

“As soon as the bike is back in the garage we’ll download the data and find out what happened. For now I cannot say.” 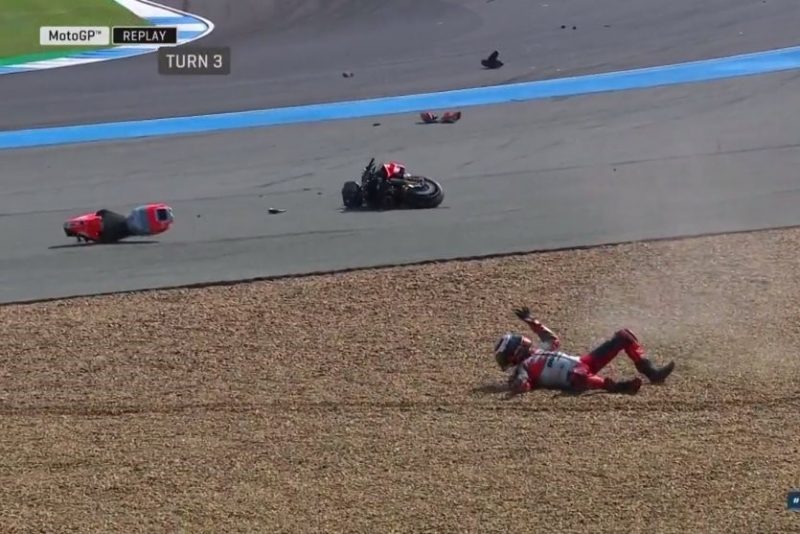