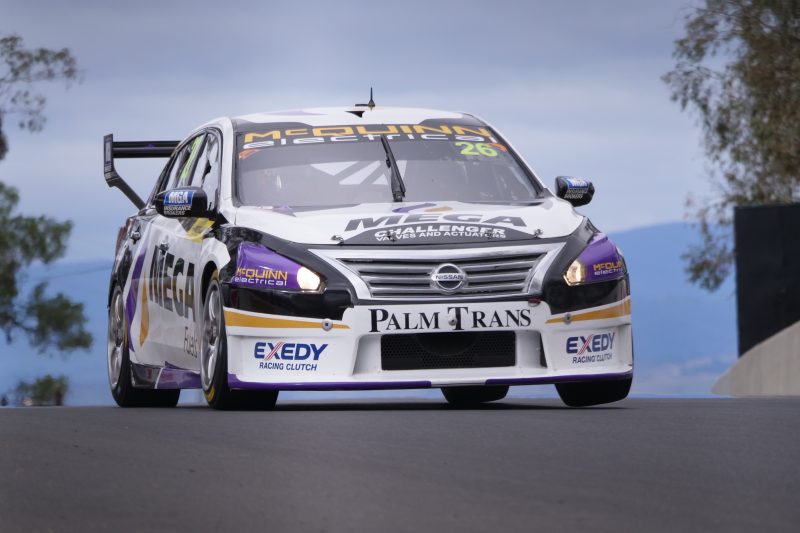 Together, they bumped Dean Fiore (#23 MW Motorsport Nissan Altima) onto the second row alongside Chris Pither (#44 Garry Rogers Motorsport VF Commodore), who went personal best to the second sector after the chequered flag but ultimate no faster.

Row 3 will be an all-Eggleston Motorsport affair with Will Brown (#38 VF Commodore) starting inside of series leader Paul Dumbrell (#88 VF Commodore).

Dumbrell nearly slid into the wall as he arrived under the Tree at the start of Reid Park before going as high as second position on his next lap.

Of the top eight, all but Brodie Kostecki were Pirtek Enduro Cup co-drivers.

The session was interrupted for 15 minutes when Jake Kostecki buried the #56 Kostecki Brothers Racing VF Commodore in the tyre belt at Griffins Bend, although only five minutes were lost after accounting for the session extension to 40 minutes.

He was seventh-fastest at the time but had to sit out the rest of the session for causing the stoppage and fell to 18th in the end.

The track was dry, although conditions were overcast throughout the session.