Dontas on pole after spectacular lose at The Chase

Dontas on pole after spectacular lose at The Chase 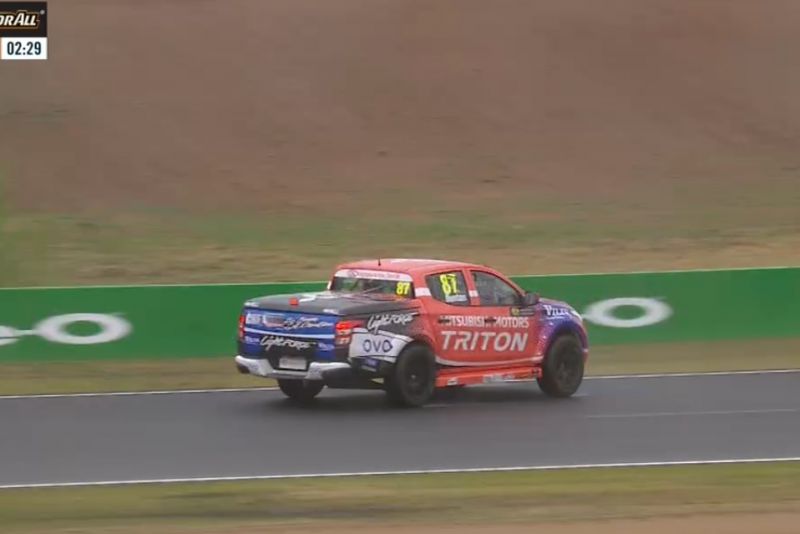 Craig Dontas has qualified on Armor All Pole for SuperUtes Round 6 after surviving a spin through The Chase. 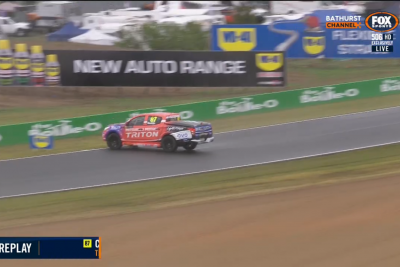 With the track again wet after morning drizzle, Dontas lost the rear end of the #87 Sieders Racing Team Mitsubishi Triton on the way into the complex.

He completed almost a half-rotation before the car flicked the other way and came to rest facing the wrong direction on the outside of the left-hander.

Dontas had arrived at The Chase aftrer getting a tow from team-mate Mick Sieders (#45 Triton) down Conrod Straight.

The spin at the fastest corner at Mount Panorama left him last of the 12 still running in qualifying but he pulled off a 3:06.0967s on his second and final attempt to pip Ryall Harris (#58 Peters Motorsport Mazda BT-50) to pole.

Cameron in fact ended his session parked on the inside run-off at The Esses, causing a yellow flag which may have even hampered Dontas on his pole lap.

The session became a two-lap dash for all but Tomas Gasperak, who stopped at The Cutting with smoke belching from the #18 Team 18 Holden Colorado due to an apparent engine problem.

None of the field had set a lap time at that point, leading officials to extend the session by five minutes to 25.