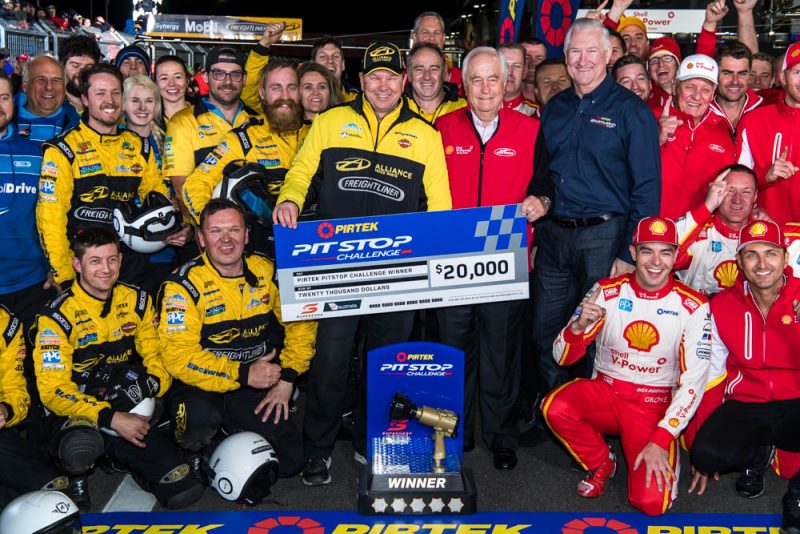 Shell V-Power Racing has won the Pirtek Pit Stop Challenge for the second year in a row after beating Brad Jones Racing on Friday night at Mount Panorama.

The contest resulted in a near dead-heat with the crew of Scott McLaughin’s car proclaimed winner.

However, upon receiving the $20,000 prize cheque team owner Roger Penske opted to split his winnings with Brad Jones.

“Well that was great,” exclaimed Penske. 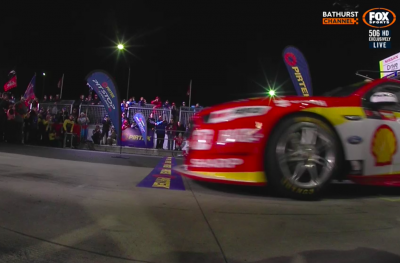 The finish between the #17 and the #8 in the grand final pic: Fox Sports

“I guess maybe we should just split it (the prize money) and so we both won – is that a good idea? We’re going to split it with these guys next to us, how’s that?

“It was so close we’re going to spit it.”

“You could not pick that in a million years,” added Pirtek managing director Steve Dutton.

“Let me let you in on a little secret, I told them the winnings will go towards the team Christmas party, so they were well motivated to get this one done.”

This put Brad Jones Racing and Shell V-Power Racing’s against each other in the final, with the latter winning the Pirtek Pit Stop Challenge to take home the Golden Pirtek Rattle Gun.