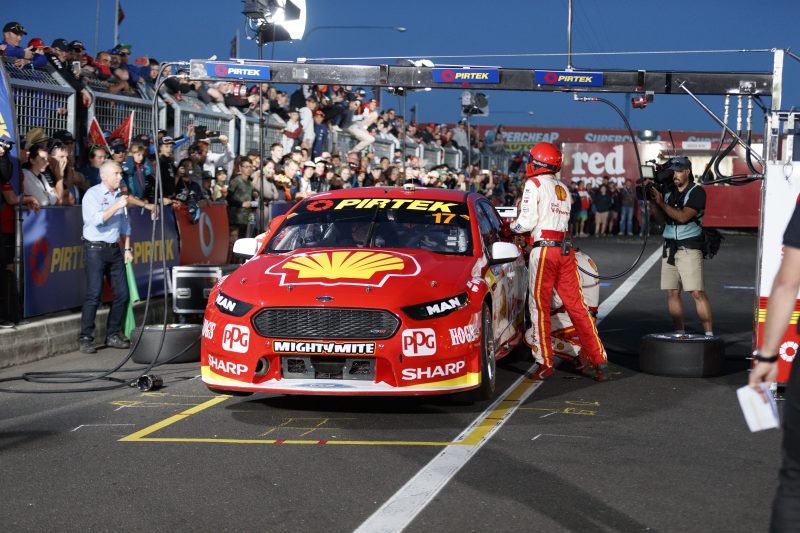 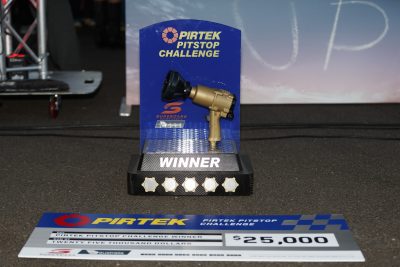 Shell V-Power Racing is looking to defend the Pirtek Pit Stop Challenge crown heading into tonight’s final, set to be held in the pit lane at Mount Panorama.

DJR Team Penske’s #17 entry of Scott McLaughlin leads the field (164 points) by one point heading into the final over Brad Jones Racing’s #8 of Nick Percat (163 points).

Also in the final, which will take place during the Friday Night Live television program at the Supercheap Auto Bathurst 1000, is Tickford Racing’s #55 of Chaz Mostert (155 points), while Jamie Whincup’s #1 holds the final spot for Red Bull Holden Racing Team (155 points).

The Pirtek Pit Stop Challenge has been run during selected events this season, mainly SuperSprint events, with the top four crews advancing through to the final following the The Bend Motorsport Park’s 120km Saturday race.

Double stacking caused Whincup to drop from the top of the leader board to fourth after The Bend, compounded by a solid performance from the crew on the McLaughlin Falcon to put the car at the top.

This year, the winning crew from the final will receive $20,000 in prize money from Pirtek as well as the Golden Rattle Gun.

It was an all Shell V-Power Racing affair in last year’s final, with the #12 of Fabian Coulthard taking out the victory in a one-two result for the team.

“We were very fortunate to get one of our cars into the final, which we’re very excited about,” Shell V-Power Racing Team managing director Ryan Story told Speedcafe.com.

“(It) Doesn’t quite beat our efforts last year when we managed to get both of our cars through and ultimately into the final, but we’re still very proud to have made it through to where we are today.

“We are constantly working on how we can improve transit time and stop time in the (pit) lane; things like looking at rattle guns and procedures and how we can ensure that the time which the cars are stationary is limited as much as possible.

“We’re certainly going to try (and win),” he added.

“Our guys practice before races as a formality, but they’ve certainly put in an extra special effort in the lead up to this weekend just to give it their best shot tonight.”