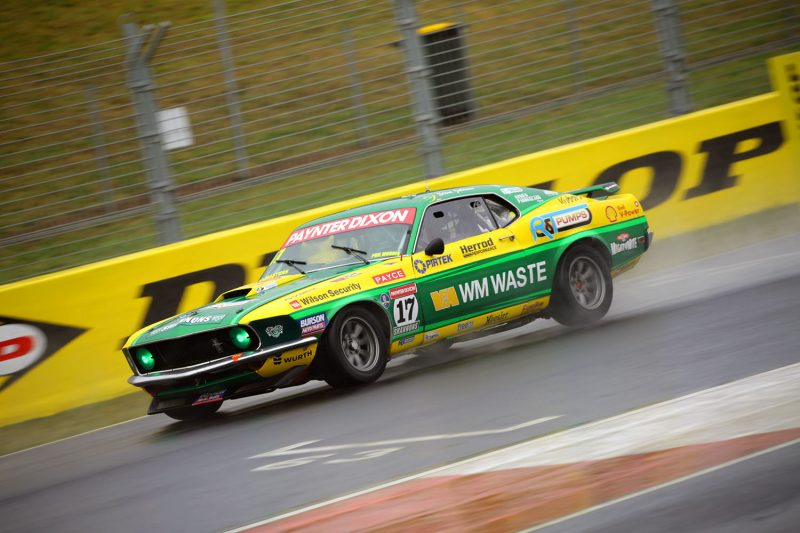 Andrew Fisher (Ford Falcon) got up to second, before being knocked down the timing sheets as both Adam Bressington (Chevrolet Camaro) and Ryan Hansford (Holden Torana) bettered his time.

In the closing stages, Bressington had another go at toppling Johnson, only to close to 0.6s behind, in second position.

Hansford remained third despite incurring minor damage when he ran into the back of Mark King (Chevrolet Camaro) on the run out of the Dipper.

Series protagonist John Bowe was only eighth in his Holden Torana.

Marcus Zukanovic’s XD Falcon was unable to make it out for qualifying with a power steering issue keeping him in the paddock, but the team is confident the car will be fixed in time for the first race.

A number of drivers found themselves off the road, but no significant incidents occurred.

The Touring Car Masters field will return to the circuit for Race 1 on Friday at 1645 local time/AEST. 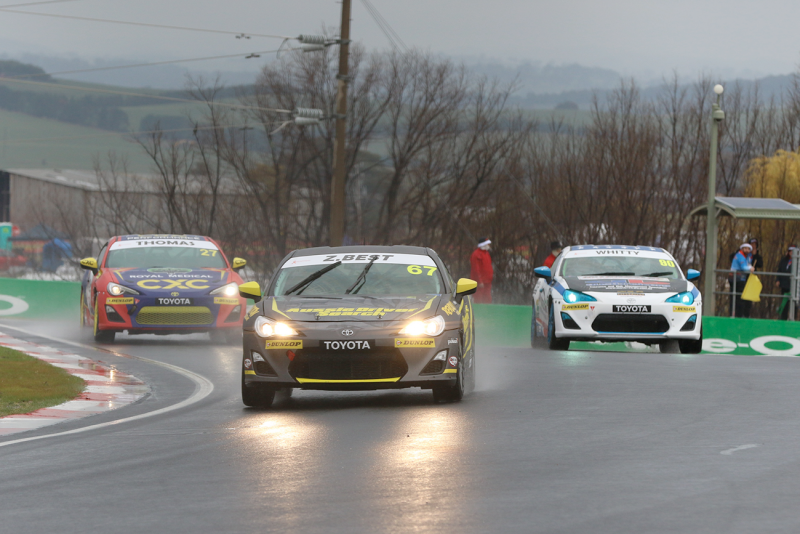 Zak Best and Jake Klein were quickest in the two Toyota 86 Racing Series practice sessions on a wet day at Mount Panorama.

Both sessions were held in wet conditions with persistent rain falling throughout.

Best braved the weather to go fastest in Practice 1 on a 3:02.5675s ahead of Luke van Herwaarde and David Sieders.

During the afternoon hit-out, Simon Samoilenko was caught out in the tricky conditions, with his car snapping away from him on entry to The Chase and nosing into the inside wall.

The session remained green, as a number of other drivers found themselves off the road or spinning, but no other damage was incurred.

Late in the session, the benchmark was lowered as van Herwaarde pipped Tim Brook and became the first to dip into the 3:04s.

He was then beaten at the flag, with Klein setting a 3:04.724s on his final lap to go to the top of the times.

Invited driver Glenn Seton was 14th in Practice 1, before coming 24th later in the day.

James Davison, the second of the invited drivers, was 32nd and 11th in the respective encounters.

“It was great to set the fastest time in my first session around the Mount Panorama circuit,” said Best, who earned the quickest time of the day.

“The conditions were tricky, but I was able to get a good feel for the car and the track, so I’m feeling confident heading into qualifying and the races.”

The Toyota 86 Racing Series has only one session on Friday, with Qualifying at 0755 AEST.