Stanaway fastest in Practice 3 at Bathurst

Stanaway fastest in Practice 3 at Bathurst 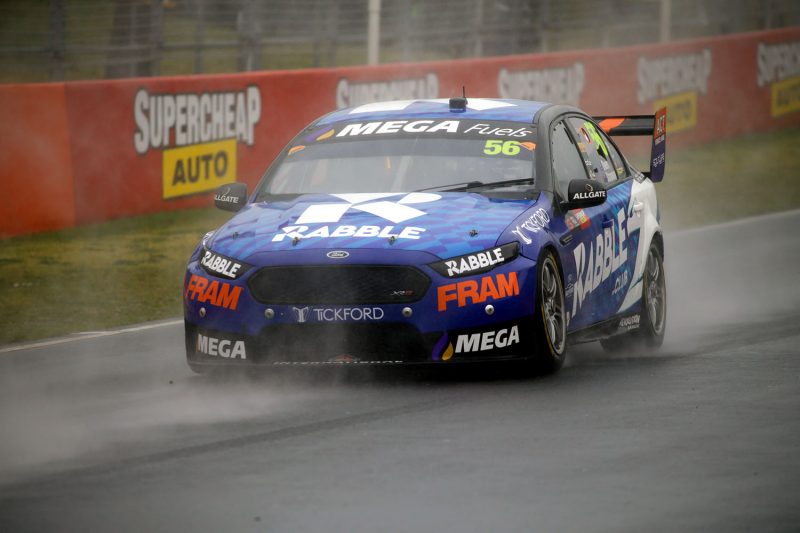 Richie Stanaway was fastest in Practice 3 but it was not enough to beat Will Davison’s morning benchmark as rain continued to fall at the Supercheap Auto Bathurst 1000.

Stanaway set a 2:29.0174s in the Rabble.Club FGX Falcon shortly before the 15-minute mark of the final session of the day, which stood up for the remainder of the hour.

The #56 and #55 Tickford entries were split by Shell V-Power Racing’s two Fords at the top of the timesheets as Coulthard (#12 FGX Falcon) went second-fastest from McLaughlin (#17 FGX Falcon) and Mostert (Supercheap Auto Racing FGX Falcon).

While dryer wheel tracks began to form around the circuit midway through, persistent drizzle kept the pace down.

Stanaway was in fact just a touch under four seconds from the pace which Davison set in Practice 1 in the #230 Milwaukee FGX Falcon.

His best lap came just moments after Mostert’s, which had Car #55 temporarily on top before the 2014 Bathurst 1000 winner retreated to pit lane for the day.

“It’s obviously been a disappointing season but I guess when the conditions are a bit mixed up you can kind of capitalise on that, and it was nice to do that today,” said Stanaway.

As they did in Practice 2, DJR Team Penske choose to accumulate more laps than most as Coulthard gradually rose to second and McLaughlin third.

Tony D’Alberto finished the session in the former’s car and was one of six co-drivers to get track time in Practice 3.

The #97 Red Bull HRT ZB Commodore was the fastest Holden for the third time in as many sessions as Shane van Gisbergen set a time which saw him classified fifth, the last car within a second of Stanaway.

The #99 Penrite ZB Commodore made its first appearance of the day and finished the session 13th as Anton De Pasquale got his first track time of the event and Super2 driver Brown his first in the Virgin Australia Supercars Championship field.

Only 22 cars entered the circuit, the four missing being the #1 Triple Eight ZB Commodore, the #11 Castrol Nissan Altima, the #19 Tekno Autosports ZB Commodore, and the #34 Wilson Security ZB Commodore.

“We’ve got a program this weekend; there were a couple of items that we could tick off in P1 but there was no purpose of going out in P2 or P3,” said Jamie Whincup.

“As everyone else in the field has said, tomorrow’s going to be dry so we’ll get out there in the dry and tick off the rest of our program.”

Furthermore, primary drivers did not hop into either Boost Mobile ZB Commodore nor the 23Red Ford.

There was a steady succession of offs but no major damage done.

All told, only three cars improved after Practice 1, none of which were top 20 on combined times.

Practice 4, an hour-long session for co-drivers only, starts tomorrow at 0830 local time/AEST.