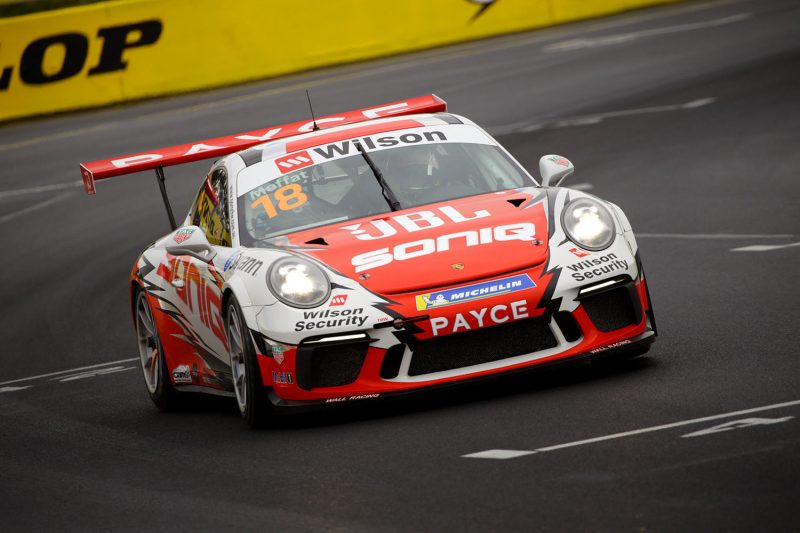 James Moffat has qualified on pole for the penultimate round of Porsche Wilson Security Carrera Cup Australia in highly challenging conditions at Mount Panorama.

Moffat was fastest over Dale Wood by around a quarter of a second when the session was halted due to wild spin for Roger Lago.

While he ultimately did not need to, he braved the rain and low light to move nearly a second clear with a 2:28.9636s when proceedings resumed, perhaps mindful of the extension of the session following the red flag.

Wood appeared to not have the pace to usurp the #18 Wall Racing entry in the latter minutes but in any event was held up across the top on his second-last lap then ran off at The Chase after the chequered flag in the #100 Sonic Motor Racing car, consigning himself to second.

Series leader Jaxon Evans, too, struck traffic in the form of Michael Almond as he descended towards Murray’s Corner at the very end.

Evans was personal best to the second sector but couldn’t elevate the #7 McElrea Racing entry when he reached the control line and was instead shuffled from seventh to ninth as the last cars completed their laps.

Row 2 will be another two Sonic Motor Racing entries in Car #777 of Jordan Love and Car #77 of Almond.

David Wall (#1 Wall Racing), third in the standings, qualified fifth-fastest while the man one above him in the title race, Dylan O’Keeffe (#88 Ashley Seward Motorsport) was eighth. 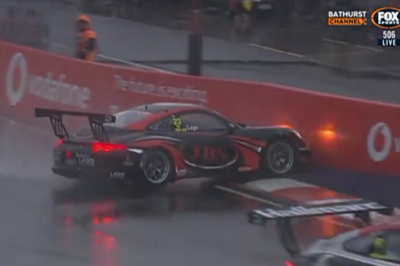 Fellow gentleman driver Roger Lago brought out the red flag when his car’s rear end snapped away at Hell Corner just before 20 of the scheduled 30 minutes had elapsed.

Car #23 scraped the pit wall as it spun before he came to rest against the tyre wall on exit.

Lago nevertheless finished the session 15th-fastest and third in class.

Carrera Cup will be next on track tomorrow at 1405 local time/AEST for Race 1, a 16-lap affair which also serves as the second-last race of the series’ Endurance Cup.