Lowndes reflects on ‘interesting day’ for #888

Lowndes reflects on ‘interesting day’ for #888 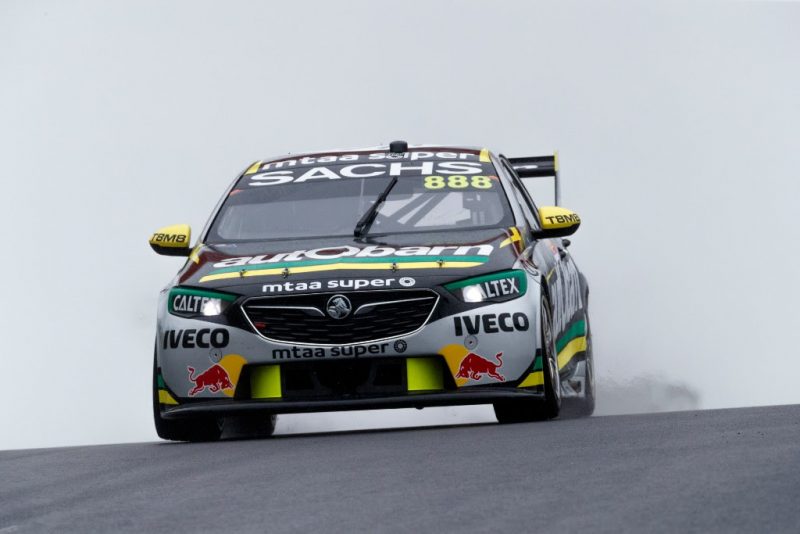 Craig Lowndes has reflected on a day of interruptions for the Autobarn Lowndes Racing entry in Thursday practice at the Supercheap Auto Bathurst 1000.

Car #888 was hit by technical problems in each of the first two sessions and ultimately logged 23 laps across the three hours of running.

In Practice 1, the car spent significant time in the pits as the crew worked to address a power steering problem, which took multiple attempts to fix before arriving at the solution.

Co-driver Steven Richards’ Practice 2 program was curtailed by a flat battery as he completed only five laps.

Lowndes called off Practice 3 early after sailing off at The Chase having just set his fastest lap of the session.

It had left him ninth at the end of that hit-out but 20th on combined times by virtue of Practice 1, the quicker of the three rain-affected sessions by far.

“It’s been an interesting day,” said the six-time Bathurst 1000 winner.

“We had a tough start, but the guys did a great job. The first practice session, we had a power steering issue, but the crew did a great job during the session replacing the rack.

“Then unfortunately that wasn’t the problem, it was the power steering pump, so we got it fixed up for Richo.

“In the last session we bedded in some brakes and the guys did some hot rotor-change practice.

“I pushed a bit too hard into The Chase, locked up a front, tried to clear it, but didn’t.

“The gravel trap was there and we brought it in, there was no point in risking it today.

“Both of us are really happy with the car across the top of the mountain, it flows well and it’s got good drive out of corners, so bring on tomorrow.”

Richards had a similar story about his day as the team chose to not chance the tricky conditions given the forecast for sunnier weather for the rest of the weekend.

“It was a good day for me,” he commented.

“We clearly don’t want to run too much because we don’t believe that the risk versus reward is necessary.

“I just went out to see how comfortable I felt in the wet in the car and just to bed some brakes for the weekend and the car felt great.

“All of the steering issues were rectified, we had a minor battery issue, but nothing untoward.

“I think pretty well from 10 o’clock in the morning tomorrow it’s going to progressively get better and better (dryer).

“It might still be a bit hairy at 10, but as the day rolls on we’ll end up with some pretty dry running towards qualifying.”

Practice 4, for co-drivers only, starts tomorrow at 0830 local time/AEST.