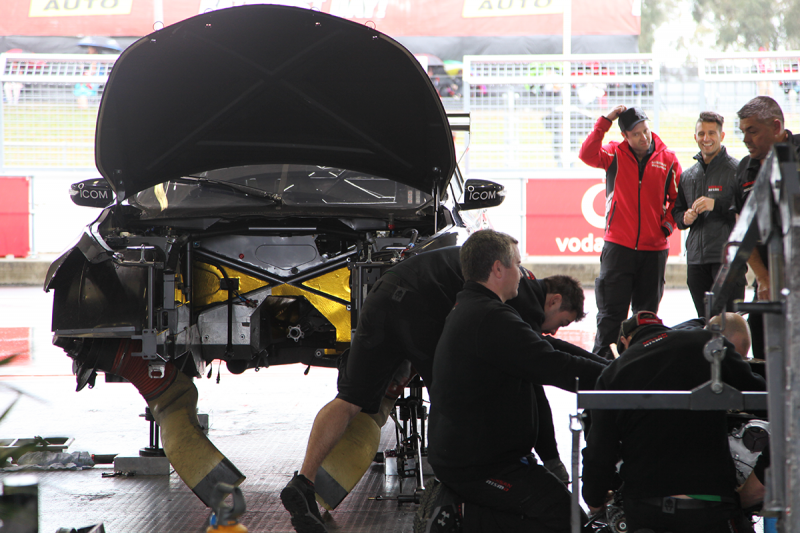 Nissan will change the engine in the Altima shared by Michael Caruso and Dean Fiore after problems in Practice 2 curtailed their running.

Fiore completed just two laps in the hour-long session before returning to the garage where the team set about chasing a problem with the engine, initially thought to be with the lambda.

Further investigation, however, pointed to a larger issue, with the team opting to swap the power plant out entirely.

“We were looking for a small issue, we found a big one,” admitted team manager Scott Sinclair.

“It was a good time to catch it, early on the weekend, so we’ll change it.

Third practice is set to begin at 1505, leaving the team little time to complete the swap, although Sinclair remained confident they’d have it completed in time.

“(I’m) Not sure exactly how long we’ve got until Practice 3 and we’ll get Michael out there and be back on level playing field.”

Fiore ended the session in 20th position with a best of 2:40.629s after his limited running.

It wasn’t the only drama for Nissan, with the Simona de Silvestro/Alex Rullo suffering a gearbox problem.

The top Nissan running from the session was Garry Jacobson who set the second best time in the car Castrol Altima he’s sharing with Rick Kelly, 0.6s off the session’s best.