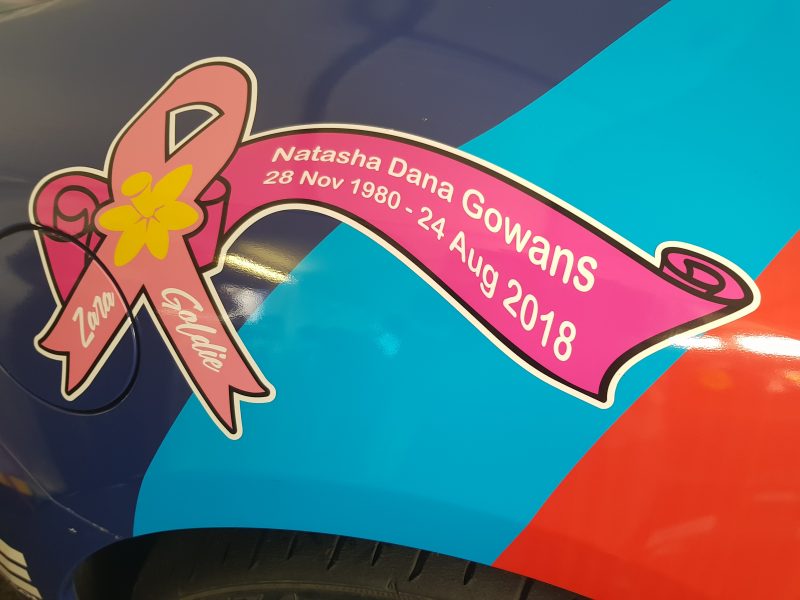 Four drivers will carry tributes to Tarsh Gowans at Bathurst 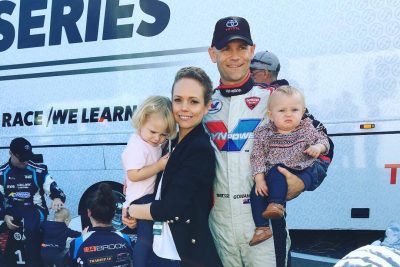 Tarsh Gowans with husband Adam and their daughters, Zara (3) and Goldie (1)

A number of drivers will this weekend sport pink ribbon decals in memory of Tarsh Gowans as part of a GoFundMe campaign to raise funds for the family.

The wife of Aussie Racing Cars and Toyota 86 racer Adam, Tarsh lost her battle with cancer in August, leaving behind the pair’s two young daughters.

A GoFundMe page has been set up as the quartet attempt to raise money to help the girls, who are aged just three and one.

More than $2,500 was raised within hours of the fund’s launch on Wednesday afternoon, with the group hoping to raise $34,000 before the end of the 2018 season.

Those wishing to contribute to the fund for Zara and Goldie can do so via the GoFundMe page.