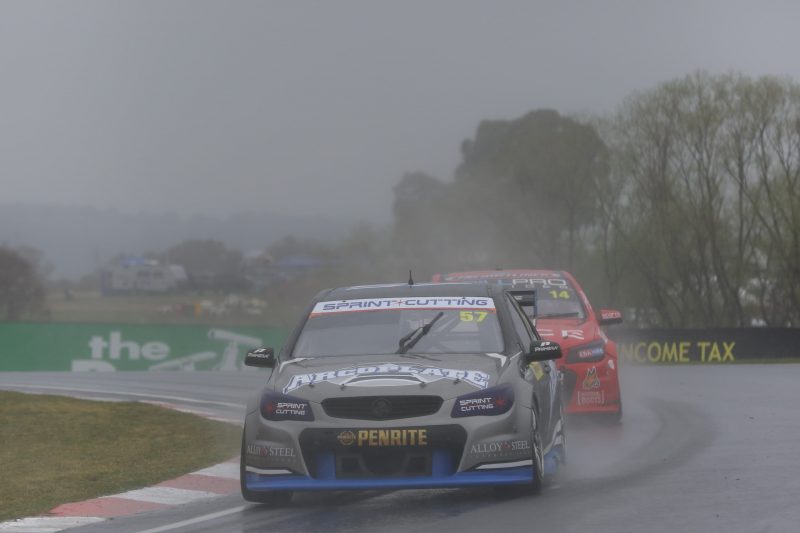 Brodie Kostecki has gone fastest in a wet opening practice session for the Dunlop Super2 Series at Mount Panorama.

Rain fell throughout the 40-minute session but eased towards the end and the times gradually came down as a result.

Brodie Kostecki was only 17th during a late red flag with 10 minutes remaining but leapt up to the top spot shortly after the session restarted.

Macauley Jones then spent a couple of minutes as the fast man in the #14 Brad Jones Racing VF Commodore, shortly before the chequered flag came out.

However, the #57 Kostecki Brothers Racing VF Commodore then clocked a 2:33.8141s, which was nearly a second faster than the rest.

Jones too went faster after the chequers but came up 0.0756s short, while Will Brown was just over two tenths further back with his late effort in the #38 Eggleston Motorsport VF Commodore.

Brown and Thomas Randle had taken turns in first position for much of the first half-hour, the latter holding sway when proceedings were neutralised.

Despite the challenging conditions, the biggest error was a fast off at The Chase for Jake Kostecki (#56 Kostecki Brothers Racing VF Commodore) as several others slipped off at the same corner or Murray’s.

It is not known what the red flag was called for, and no cars had stopped on circuit.

Super2 will be back on track tomorrow for Practice 2 at 1020 local time/AEST.