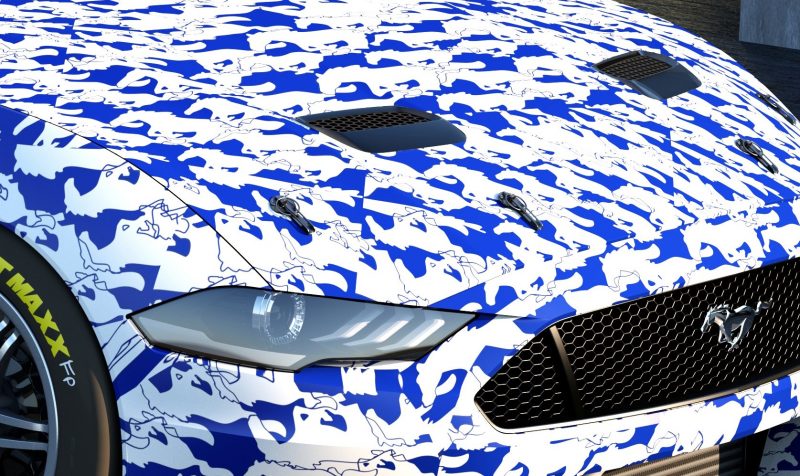 The image of the Mustang Supercar tweeted by Ford Australia

Ford Australia has offered a glimpse of the new Mustang Supercar which is set to race in the Virgin Australia Supercars Championship next year.

The Blue Oval tweeted an image of the front of a Mustang Supercar development car which is currently being developed by Ford Performance in the US and awaiting sign off.

A Ford Australia spokesman confirmed to Speedcafe.com that the image is of the Mustang Supercar with the tweet designed as a teaser for Supercars fans.

He also confirmed that development of the Mustang is on schedule with the car set to conduct Supercars’ homologation tests at the end of the year.

The Mustang is currently being developed with assistance from Ford Supercars teams DJR Team Penske and Tickford Racing.

Ford Performance has brought the Ford GT race car and a Ford Mustang GT4 to complete a speed comparison at the Supercheap Auto Bathurst 1000 where they will go up against a Milwaukee Racing Falcon FGX.