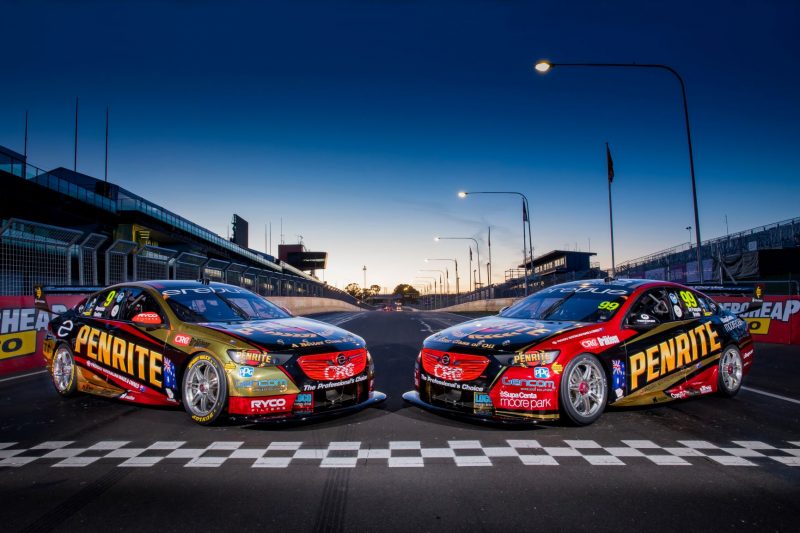 Erebus Motorsport is the latest team to reveal special liveries for the Supercheap Auto Bathurst 1000.

Both cars feature gloss and chrome finishes with the #9 car for Reynolds and Youlden carrying gold highlights while the #99 car has adopted an alternate red design.

“Bathurst is such a fantastic event with a really passionate crowd, so it’s great to arrive with a fresh new look,” said Penrite Oil’s Corporate Partnerships Manager Jarrod Harding.

“Not only do both cars look incredible, but what better way to celebrate our return as reigning champions.

“It was important for us to mark last year’s milestone and this is a wonderful way of doing it – the current King of the Mountain wrapped in gold.”

Reynolds is a fan of the look which has sparked a new nickname for his #9 car.

“It’s always special to have a new livery for the biggest race of the year, the car looks great and is sure to turn heads.

“Last year’s result was absolutely fantastic, and we head into this weekend more confident that we can deliver a good result.”

The cars will log their first laps of Mount Panorama when the Supercheap Auto Bathurst 1000 begins with opening practice on Thursday at 0935 AEST.