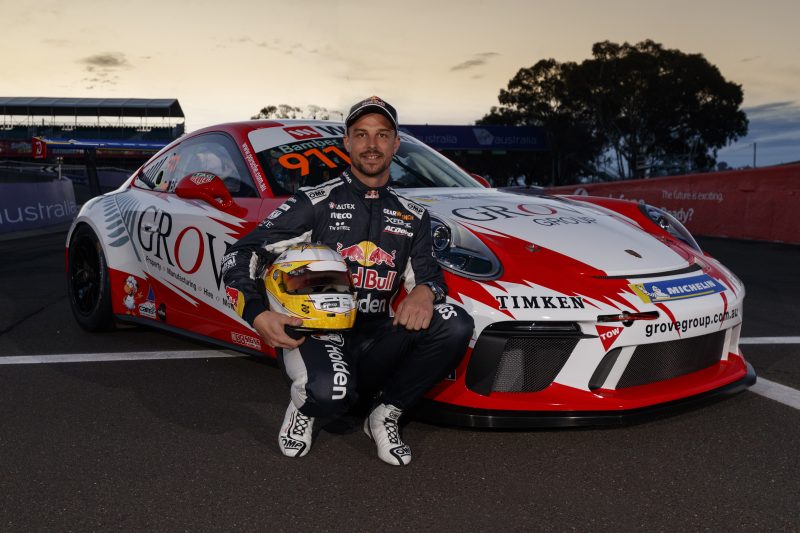 Bamber is set to race in a second Grove Motorsport entry for the weekend which will also see him competing alongside Shane van Gisbergen at the Red Bull Holden Racing Team in the third leg of the Pirtek Enduro Cup.

A Porsche factory driver, it will be the the New Zealander’s first appearance in Carrera Cup in Australia.

The outing is designed to give Bamber experience of the Gold Coast circuit.

“It was always planned actually for a long, long time,” Bamber told Speedcafe.com.

“It was part of this program of all this Supercar, first to do Development Series with Brenton (Grove) here this weekend and share the car.

“We were also figuring out how to get a bit more track time (at the Gold Coast) and we saw what Andre (Heimgartner) did last year being super strong doing both weekends.”

It will mark his first Carrera Cup start since 2016, having competed in Porshce’s LMP1 and GTE machinery since.

“I do the odd day coaching and I have my own Cup team, so I drive some Cup cars from time to time,” he explained.

Bamber will compete in a red and white livery largely the same as both Stephen and Brenton Grove will race with at Bathurst this weekend, with the addition of a silver fern on the car’s flanks.

The father and son combination revealed an all-new red and white design on the team’s Carrera Cup and Dunlop Super2 entries for this weekend, unveiling Bamber’s car at the same time.

Bamber will join Brenton Grove in the Super2 Series’ 250km race at Bathurst, alongside his main game drive with Triple Eight.