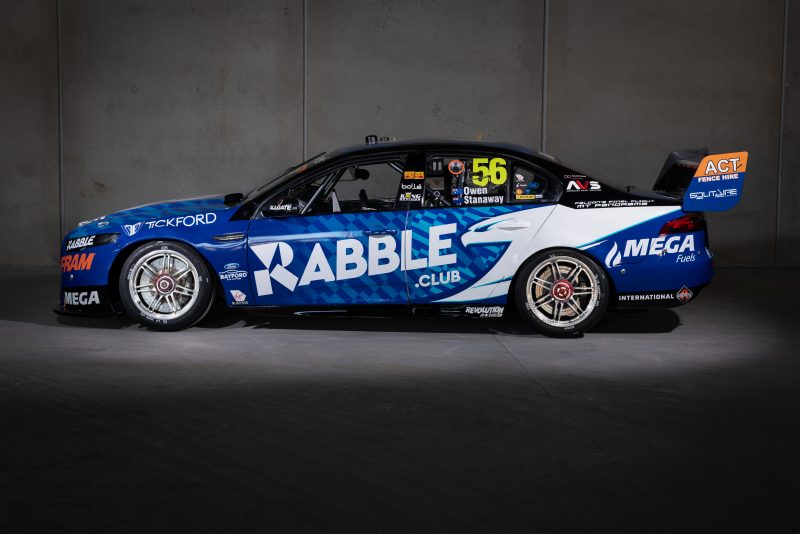 Tickford Racing will mark the Ford Falcon’s final Supercheap Auto Bathurst 1000 with a special tribute at this year’s race.

The squad’s entry piloted by Richie Stanaway and Steve Owen will feature a return of the famous swooping Falcon decal, previously used by the Ford team, on the rear quarters of the car.

This year’s Great Race is set to be the last for the Falcon nameplate with the model to be replaced by the Mustang next year.

To mark the milestone the words ‘Falcon’s final flight’ have been placed above the Falcon graphic that made its debut at the team in 2003 and was last used in 2014.

Over the years the Falcon has scored 14 of Blue Oval’s 19 Bathurst wins with the first arriving in 1967 courtesy of Harry Firth and Fred Gibson.

Supercars has organised a special tribute to the Ford model at this year’s race, which will feature several famous racing Falcons from the past.

“It’s a small tribute to a car which obviously we have quite a history with,” said Tickford team boss Tim Edwards.

“It’s a very fitting look to the Rabble.Club car as well, you can legitimately call it the True Blue Falcon again.

“Every win we’ve ever had has, of course, been with the Falcon, so it’s a bittersweet farewell as we look to next year, but we’d definitely like to give it a proper send off in its last Bathurst 1000.”

Stanaway is honoured to run the tribute on his #56 Rabble.Club backed entry and hopes to do the nameplate proud when he lines up with Owen this week.

“It’ll be cool to have the new look on the car this weekend,” said Stanaway.

“Obviously the Falcon has a lot of history at Bathurst and with our team as well, so it’s a good way to commemorate it by putting a sort of throwback on the car to one of the liveries from a few years back.

“It’s strange to think that this is the last year for Falcon, at least in Supercars. I’m obviously excited for Mustang next year, but hopefully we can give the Falcon a good last run.”

It is not the only special livery the squad is running this weekend having unveiled a striking Mustang colour scheme for Mark Winterbottom’s and Dean Canto’s entry.

Tickford is hoping for a much stronger showing at Bathurst following a disappointing Rabble.Club Sandown 500 as the squad struggled for straight-line speed compared to race winners Triple Eight.

The 2013 and 2014 Great Race victors are however ready to offer a challenge to the opposition this week.

“We’ve kind of put Sandown behind us and we’re focusing on how we can have a good weekend at Bathurst,” Edwards told Speedcafe.com.

“We haven’t been just sitting on our hands. We’ve been working hard in the background and we continue to do so, so they’re (Triple Eight) definitely going there as the favourites but we’re going to go there and have a go.”

The Supercheap Auto Bathurst 1000 begins with opening practice on Thursday at 0935 (AEST).