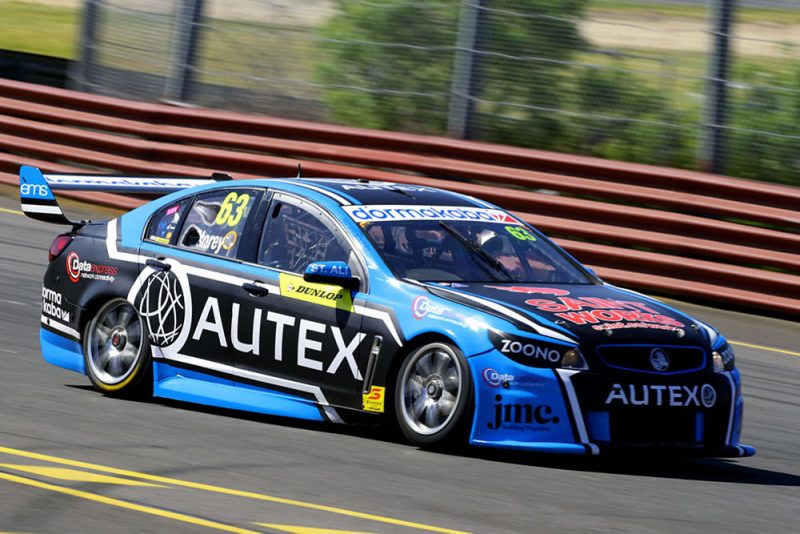 Eggleston Motorsport driver Dominic Storey is looking to return to GT racing in 2019 after a tough debut in the Dunlop Super2 Series this year.

The New Zealander stepped across into the second tier of Australian touring car racing after winning the Australian Endurance Championship with Peter Hackett in 2017.

It’s proved a difficult season for the Auckland native, who admits he’s not achieved the results he’d hoped for.

“There’s no secret it’s been a difficult period,” Storey admitted to Speedcafe.com.

“I think I’ve shown myself that I can do it, but I just haven’t had that consistency.

“It’s been a combination of a number of things that hasn’t given me the results I probably expected coming into it.”

Storey saw gains by switching from left to right foot braking at Sandown, but a mistake in qualifiying left him buried in the pack and unable to convert that gain into a result.

The former GP3 racer now finds himself heading to Bathurst with the knowledge that he’s probably in the final stages of his Super2 career.

“At this very moment in time, and I say at this moment in time because I can only talk for right now and things can change quite quickly, the results in Super2 really haven’t been there,” he conceded.

“Although a second year (in Super2) would be quite beneficial in getting those results that I want, I haven’t had the luxury of that time.

“My sponsors all gave me the grace of this year to try and get that (Supercars) side of my career taking off, and it hasn’t really worked.

“Having said that, I’ve got a lot of sponsors coming at Bathurst and if I snag a good result there you never know, they might turn around and say let’s go again. At this stage that’s not really on the table.”

Storey established himself as one of the leading drivers in Australian GT competition during his successful 2017 campaign, matching and beating a number of European factory drivers, before making the switch to Super2.

“In hindsight I kind of regret going down the Supercar thing this year because I probably could have actually made a really good GT career if I’d stuck at it this year.

“I just move on and try and take the positives from it and try and rebuild the GT side of my career.

“Asia’s one place, I would love to do Spa 24 Hour or some races at Nurburgring even,” he continued.

“There’s plenty of opportunities in Europe with GT and some of the bigger races require more drivers, so there’s definitely some opportunities and I’ve put my feelers out.”

As well as returning to Australian GT next year, a start at the Bathurst 12 Hour is also likely.

Storey last competed in the event in 2017, alongside David Reynolds, and hopes with a few a good performances, along with his relationship with Mercedes-Benz, will help open further doors.

“The plan is to be back in the car with Pete (Hackett) next year in the GT Championship. Pete’s sort of made that clear that that’s what he wants from me.

“I’ll at least do the endurance portion of the championship and probably the Grand Prix. I haven’t really seen a calendar yet so I’m not sure what the other rounds look like.

“I’ve got a lot of support around that Mercedes network, so it kind of makes sense to go back and do that.

“Then it’s just a matter of getting those results again and proving to people that I can do the job,” he added.

“That’s sort of my main focus for now and if anything comes from that I’m more than grateful.”