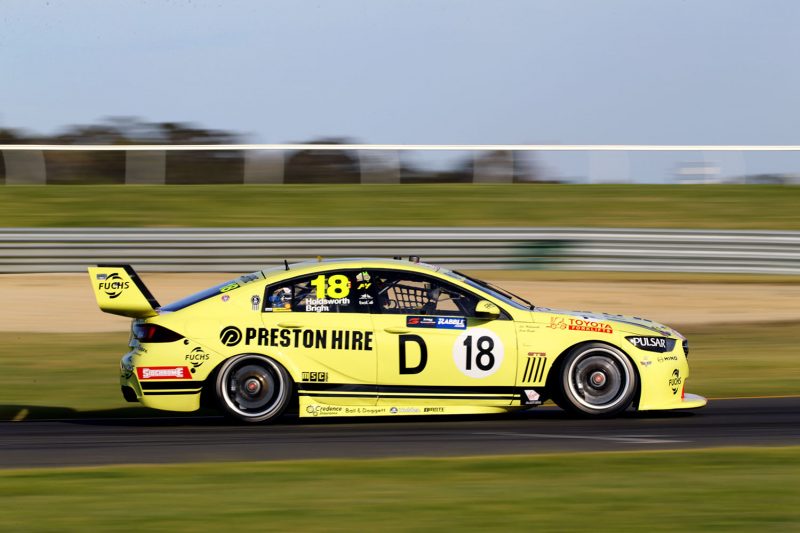 Preston Hire Racing will retain the retro 1968 Monaro livery which it ran at Sandown for this weekend’s Supercheap Auto Bathurst 1000.

The squad’s ZB Commodore took on a lighter shade of yellow and racing stripes in a nod to Holden’s first Bathurst winners, Bruce McPhee and Barry Mulholland, at the Rabble.Club Sandown 500.

Team owner Charlie Schwerkolt has now confirmed that the livery will remain for the Great Race.

A replica of the car is also on exhibit at the National Motor Racing Museum at Mount Panorama.

“We are excited to have our retro livery on for its second race, and will be having a photo shoot with the original 1968 winning Monaro celebrating the 50th anniversary of Holden’s first ever win at Bathurst,” said Schwerkolt.

He also noted that the team has taken steps to ensure that it can be a finisher in this year’s Bathurst 1000.

Car #18 completed only two laps in 2016 due to a rocker failure and 76 last year due to an engine sensor failure.

“We unfortunately had freak engine failures in both 2016 and 2017, so with the freshest brand new engine we could source our goal this year is to firstly finish, and then hopefully make it in the top 10 or even better.

“With a great line-up of drivers and a fantastic team, we are in with a real chance, and I am super excited.”

Lee Holdsworth and Jason Bright finished 23rd at Sandown after the latter ran off and beached the car late in his driving stints.

Nissan Motorsport has also recreated the Castrol Racing livery raced by Larry Perkins to victory in 1993 on Rick Kelly’s Altima.

Practice for the Supercheap Auto Bathurst 1000 starts on Thursday at 0935 local time/AEST.