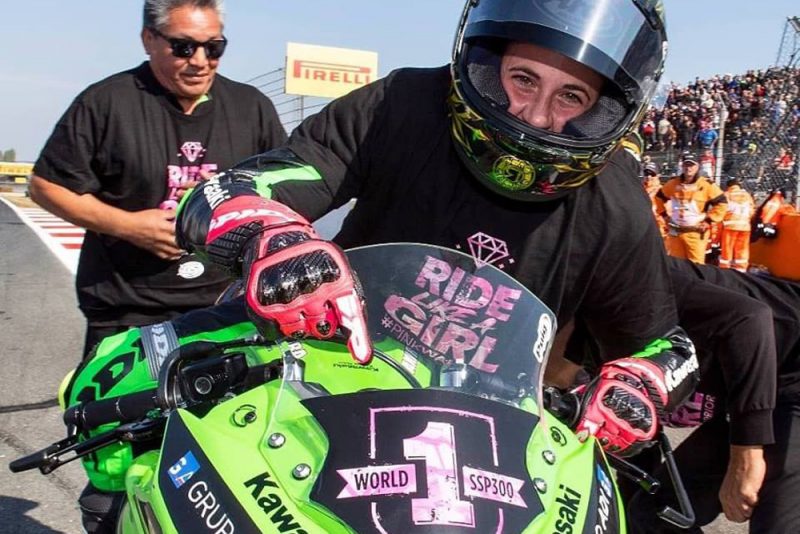 Motorcycling has crowned Ana Carrasco as the first female world champion after she claimed the World Supersport 300 title.

Carrasco recovered from a potentially crippling qualifying position of 25th in France to win a nail-biting final at Magny-Cours.

The Kawasaki rider held a 10-point advantage heading into the weekend over team-mate Scott Deroue, with Mika Perez also in contention.

While Deroue was a retirement after six laps, Perez ran with the front runners while Carrasco worked her way into the points paying positions.

Holding the lead heading into the final complex, Perez was on course to steal the title at the flag before Dani Valle fired it up the inside with three corners left to run.

The Yamaha rider then held on to win, and with Carrasco recovering to 13th it was enough to confirm the Spaniard world champion.

It’s an accomplishment that follows a host of other firsts for the 21-year-old, who was also the first female to win a world championship race, and to score points in Moto3 in 2013.

Next Story Lorenzo escapes with bruising after sickening crash