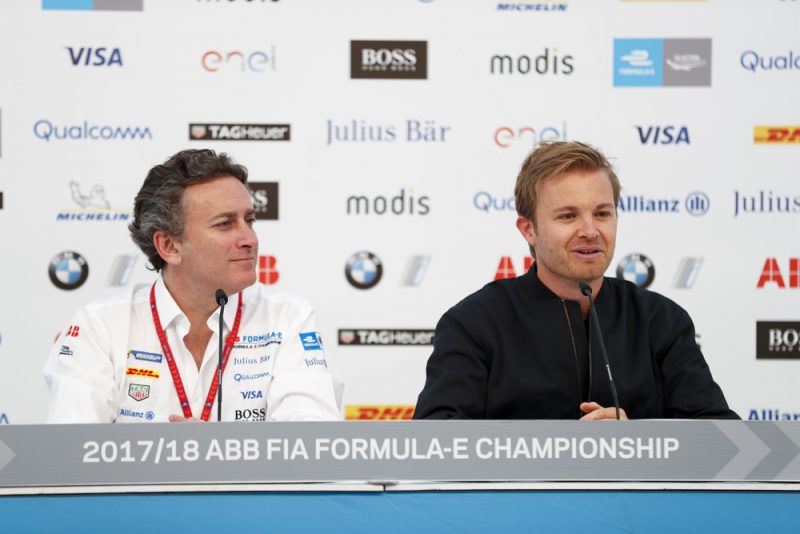 Formula E boss Alejandro Agag has admitted that the all-electric series came close to collapse in its inaugural season with debts of $25 million.

The revelation comes at a time when Formula E is shaping up for its fifth season, and the first with an all-new car that will eliminate the need for mid-race car changes.

Speaking with Nico Rosberg, for his Beyond Victory podcast, Agag admitted the series came close to collapse just a handful of events into the 2014/15 campaign.

“If you start with a very small thing and you try, we thought this thing would die.

“We said ‘let’s do it on a grand scale’ with big cities, a big display, proper broadcasting – so we needed to deploy a lot of capital. We had to find that capital.

“We found some capital in the beginning, but it was not enough. So we were really close to going under.

“We started, we got capital, then we were running out of capital but we made the first car, and on the back of the first car we raised more capital and then that capital was enough to do three races.

“But then we ran out of money. We were not supposed to be that much on the edge but shit happens!

The series was saved courtesy of investment from Liberty Global and Discovery Communications, which purchased a stake in the championship.

It had been perilously close though, with Agag admitting he’d personally covered some of the costs to ensure its survival.

“We were actually really at the limit,” he admitted.

“I had to pay the air freight of the cars to go to the Miami race from my pocket.

“Then at the Miami race we finalised the deal with Liberty and Discovery, capital came in and from there it’s been a great success story financially.”

In April, 2016 Formula 1 world champion Rosberg announced he was an investor and shareholder in Formula E.