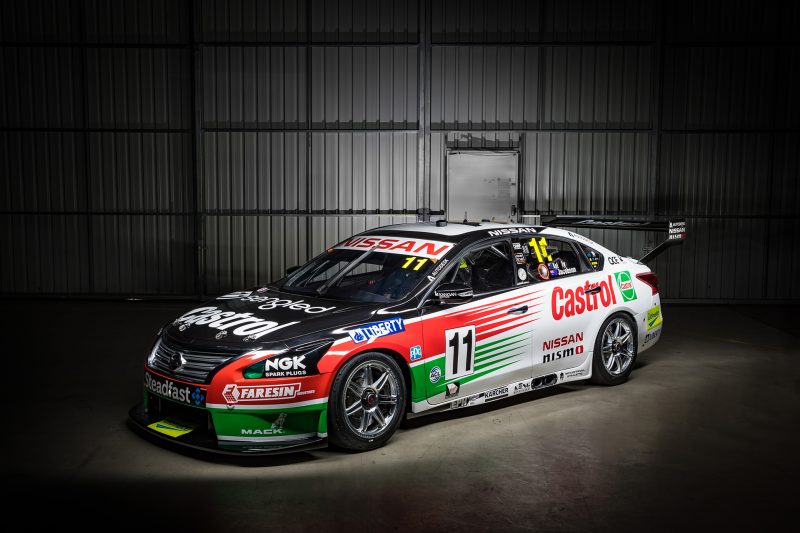 Race fans are invited to attend a special event to showcase the Larry Perkins-inspired Nissan Motorsport entry which will compete in this year’s Supercheap Auto Bathurst 1000.

Fans have been encouraged to gather in pit lane at Mount Panorama tomorrow (Tuesday) at 1145 to see Rick Kelly’s and Garry Jacobson’s Altima, which features a tribute livery to that raced by Perkins and Gregg Hansford to victory at Bathurst in 1993.

The car, making its first public appearance since its launch last week, will be displayed alongside the 1995 Bathurst winning Holden VR Commodore driven by Perkins and Russell Ingall, which carried the same iconic Castrol colours.

“We released our 1990s-inspired Castrol retro scheme last week, and we have received some really great feedback from the fans,” said Rick Kelly.

“And if you thought it looked good in the photos, you wait until you see it in the flesh. The only thing it is missing is Larry’s name on the window.

“This livery means so much to so many fans, therefore we first want to unveil the car to everyone in pit lane and we will also have on display the ’95 Castrol Racing V8 Supercar.”

The event will include a prize giveaway for fans courtesy of Nissan Motorsport and Castrol.

The car will hit the track for the first time on Thursday when opening practice begins at 0935 local time.