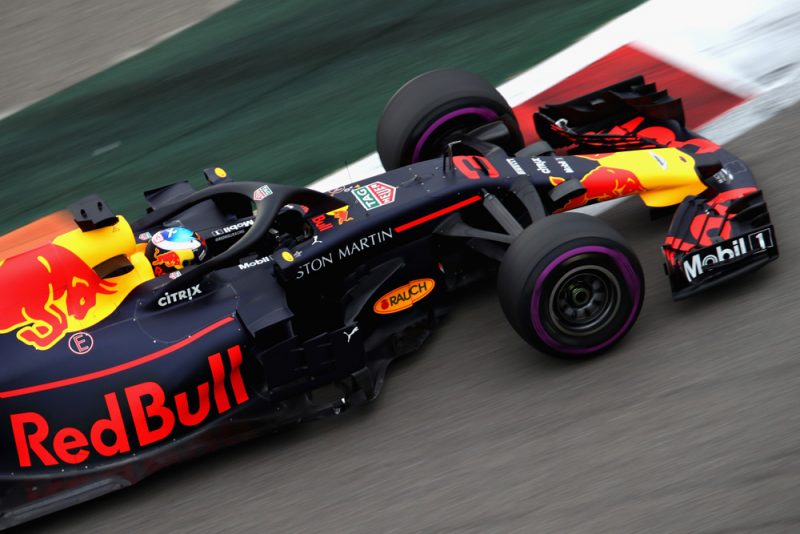 Daniel Ricciardo is hoping tyre degradation will play a factor in Sunday’s Formula 1 Russian Grand Prix as he aims to score points despite starting towards the back of the grid.

The Australian is one of five drivers set to take penalties, which will see him fall from the 12th place starting spot he earned in qualifying.

Though he’s now poised to start the race from 17th, Ricciardo believes he can carve his way through the field to as high as fifth.

“I’m obviously optimistic we can get a good bag of points but really depends how the tyre handles.

“Yesterday there was a lot of deg. The temperature tomorrow’s a lot hotter than it would have been on Friday, so it’s going to change a lot.

“I’m convinced it’s not going to be an easy one stop and boring race, I think there’s going to be a lot going on,” he added.

“The GP2 race, or GP3 race this morning, there was a lot of tyre deg and it was actually pretty good to watch, so hopefully it’s a sign of things to come for us.”

Having progressed through the first phase of qualifying, Ricciardo was then one of five drivers who didn’t leave the garage during Qualifying 2 as Red Bull resigned itself to its fate heading into Sunday’s race.

Despite the lowly starting slot, Ricciardo is optimistic his Red Bull has the pace capable of moving forward.

“I think we don’t come to this circuit with a massive expectation because it’s one we’ve never really gone that well on,” he admitted.

“But yesterday seemed pretty good, positive, so I think we’ll be alright in the race.

“Following is hard but I think with the amount of degradation everyone’s getting we should be able to pick our way through the field.”

Ricciardo is expected to line up 17th once the grid for Sunday’s race has been drawn up, three places ahead of his team-mate Max Verstappen.

Both Red Bull drivers received new power unit components, electing to downgrade to the B-Spec Renault engine for the event.