No extra pressure for WAU with Zak Brown visit

No extra pressure for WAU with Zak Brown visit 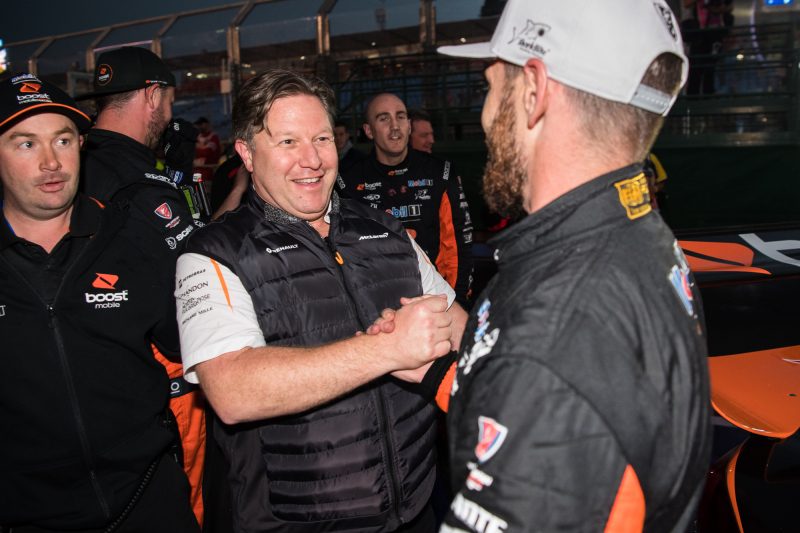 The visit of co-owners Zak Brown and Michael Andretti at the Supercheap Auto Bathurst 1000 will not increase the pressure on Walkinshaw Andretti United, according to co-team principal Mathew Nilsson.

The visit will mark exactly 12 months since the announcement that Brown and top IndyCar team boss Andretti bought stakes in the Walkinshaw team which as now operates under the Walkinshaw Andretti United moniker.

Brown witnessed the team in action for the first time at the Australian Formula 1 Grand Prix in March, where Scott Pye claimed a breakthrough victory.

The presence of the high profile motorsport figures at the biggest race of the season won’t be an issue for the team.

“No (it won’t add pressure) because you’re always working with those guys, so it’s just good to have them there and have their support at hand,” Nilsson told Speedcafe.com. 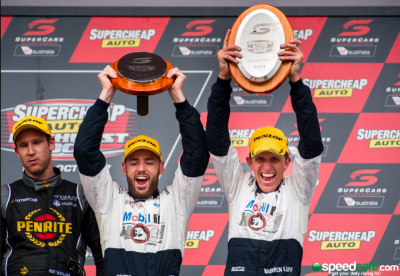 “I mean, it’s always good to have the owners attend if they can, for sure.”

The former factory Holden squad heads to Bathurst with an unchanged driver line-up from last year across its two cars.

Last year Pye and Warren Luff combined to finish second while the James Courtney and Jack Perkins entry found the wall on the run to Reid Park in the closing stages of the race.

Having shown an improvement in pace this season, which continued with a sixth for Pye and Luff at Sandown, Nilsson is confident his drivers will be in the mix again.

“I mean, you go in every round confident that you’re going to do well, and we’re pleased with the car speed out of Sandown,” he added.

“Unfortunately we had a bad afternoon on Saturday that put us behind the eight ball and didn’t get the opportunity to probably show that, but the qualifying performance at Sandown was certainly a highlight.

“It’s been quite some time since we’ve had both of our two cars in the top five, so we’re really trying to build on the car speed.

“We’ve had some good, solid test days on both compounds of tyre, so obviously we go from Tailem Bend on the harder compound of the two, to the softer one at Sandown, then back on the harder ones.

“I’m keen to keep that work going and build on what we’ve learnt through the last couple of race events and the two test days that we’ve done.”

The Supercheap Auto Bathurst 1000 begins on Thursday with opening practice scheduled for 0935.