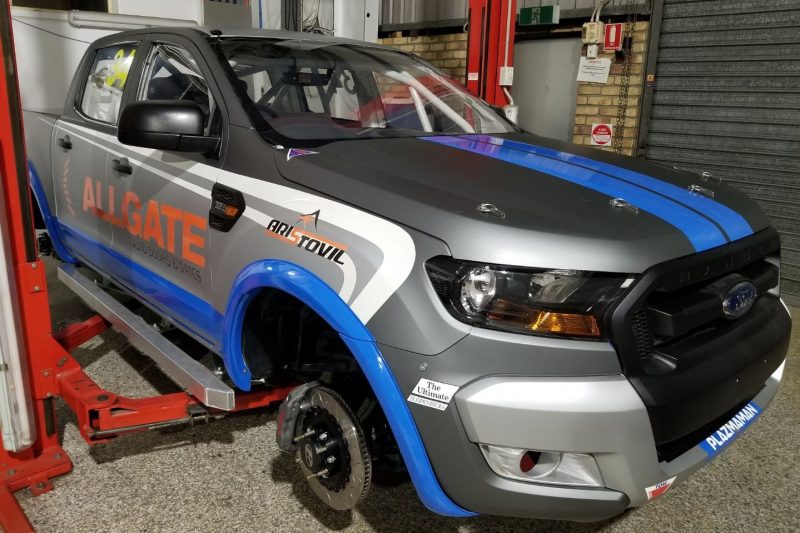 The second Ford Ranger SuperUte will make its debut at Bathurst next weekend in the hands of Matthew Nolan rather than Chelsea Angelo.

According to Ranger Racing, Angelo has stepped aside from what would have been her first round in the ECB SuperUtes Series due to “unforeseen personal commitments.”

While Nolan has not raced a SuperUte, he has competed in the V8 Ute Racing Series and was involved in development of the Ranger last year.

“It’s unfortunate we won’t be able to see Chelsea on the track but we’re excited to have Matt onboard, he’s a great addition to the team,” said Ranger Racing owner Michael Formosa.

“We actually had him involved in the testing of our first build and he has a lot of experience racing utes so we’re hoping to use that to our advantage.”

The new Ranger, which joins one of the prototype SuperUtes being raced by Christopher Formosa, was shaken down today at Norwell Motorplex.

It will carry Cobra stripes reminiscent of the 1978 Ford XC Falcon on a grey base at Bathurst.