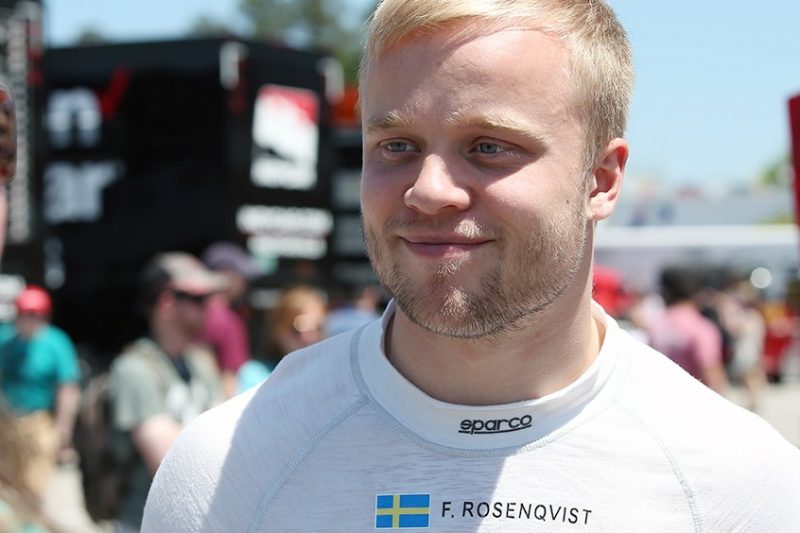 Rosenqvist will drive the team’s #10 entry with backing from NTT Data, the latter of which has renewed its deal as major sponsor.

After winning the FIA Formula 3 European Championship, the Swede has spent the last two seasons in Formula E, with Mahindra.

He won three races during those campaigns, and bagged three podiums in a season in Super Formula in 2017.

Rosenqvist also won three Indy Lights races from 10 starts in a partial campaign with Belardi Auto Racing in 2016, and has tested IndyCars with CGR at Mid-Ohio in 2016 and 2017.

“To say I’m thrilled or excited to be making this step in my career would be an understatement,” said the 26-year-old.

“Coming to IndyCar and driving for Chip is just a dream come true. I’ve followed the team for as long as I can remember, and it’s the kind of team and owner any driver would want to race for.

“Scott (Dixon) has had another tremendous season with three wins and a fifth title, so you absolutely couldn’t ask for anything more in a team-mate.

“I can’t wait to start contributing to the team and getting to spend more time with everyone at NTT Data.”

Chip Ganassi said, “Felix has become familiar with our team and has worked in our system a little bit after coming over to test with us on a few occasions.

“Our management and engineering groups, along with the entire team, were impressed by his ability.

“The time was right to get him in the No. 10 car and I think I speak for a lot of people when I say that we are confident about what he can do behind the wheel next season.”

Jones finished 13th in this year’s series with just over half the points haul of champion Dixon.

The New Zealander, who has a common manager with Rosenqvist in former Formula 1 and CART driver Stefan Johansson, penned a deal to stay on at CGR for at least 2019 and 2020 despite rumours linking him to McLaren’s potential IndyCar program.

The Rosenqvist news comes off the back of a raft of recent IndyCar driver announcements.

It will field 2018 Indy Lights champion Patricio O’Ward and runner-up Colton Herta, both of whom debuted in the Sonoma finale, in alliance with Andretti Autosport.

In August, Roger Penske confirmed that 2018 Indianapolis 500 winner Will Power will be at Team Penske as part of an unchanged line-up in 2019.