Bright optimistic ahead of Bathurst anniversary

Bright optimistic ahead of Bathurst anniversary 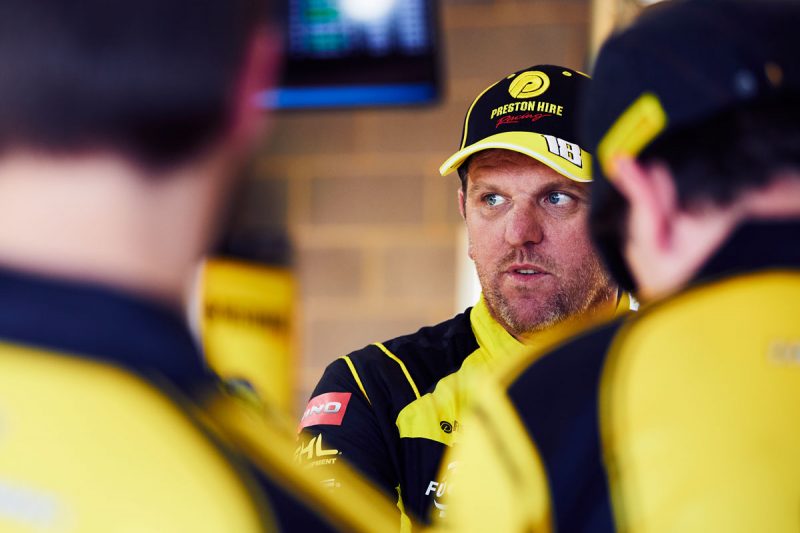 Jason Bright believes Preston Hire Racing has top 10 equipment at its disposal as he prepares to return to Mount Panorama 20 years on from his only Bathurst triumph.

Bright will play a co-driver role to Lee Holdsworth for this year’s race after receiving a late call-up when it appeared he would be sitting on the sidelines for the first time since making his Great Race debut in 1997. While this year’s race marks two decades since the victory, Bright is optimistic that he and Holdsworth could be in the mix again if the team can iron out some of the issues that afflicted the ZB Commodore at Sandown.

Preston Hire Racing has struggled for pace and consistency this season which continued at the Pirtek Enduro Cup opener.

Bright was turned into the barriers during Saturday’s opening qualifying race while an off track excursion at Turn 9 during his stint in the 500km race left the squad to recover to 23rd at the flag.

However, the 45-year-old is confident the outfit’s ZB Commodore can be transformed into a fast car capable of challenging the top 10 at Bathurst.

“It doesn’t feel like 20 years ago that is for sure. It was a pretty special weekend that one,” Bright told Speedcafe.com when asked about the anniversary of his win.

“I have no doubt this car can be fast. The equipment that we have got should be able to be top 10 equipment.

“It is just up to us to tune that right at the moment and get it into that window. Bathurst is our chance to get that right. “You have more time at Bathurst to think things through as it all starts on Thursday and we have got a fair idea of some things we want to try.

“We just need to structure that well at Bathurst to get on top of the problems at Sandown.”

Victories for smaller operations Erebus Motorsport last year and Tekno Autosports in 2016 has Bright believing that Preston Hire Racing could even have shot at this year’s race.

“We have certainly got to have a bit more pace than what we had. There is a bit of work to do there,” Bright added.

“Driver combo wise we are as strong as anyone.

“As long as we play our cards right up we could have a very good chance.

“It is one of those races where the track changes a lot and in the last couple of years Erebus and Tekno have shown that different teams can win there.

“We have just got to get it all right on the weekend and we will certainly give it a good crack.”

This year’s Supercheap Auto Bathurst 1000 is due to begin with opening practice on Thursday.