Abiteboul: Verstappen ‘should focus on the car’

Abiteboul: Verstappen ‘should focus on the car’ 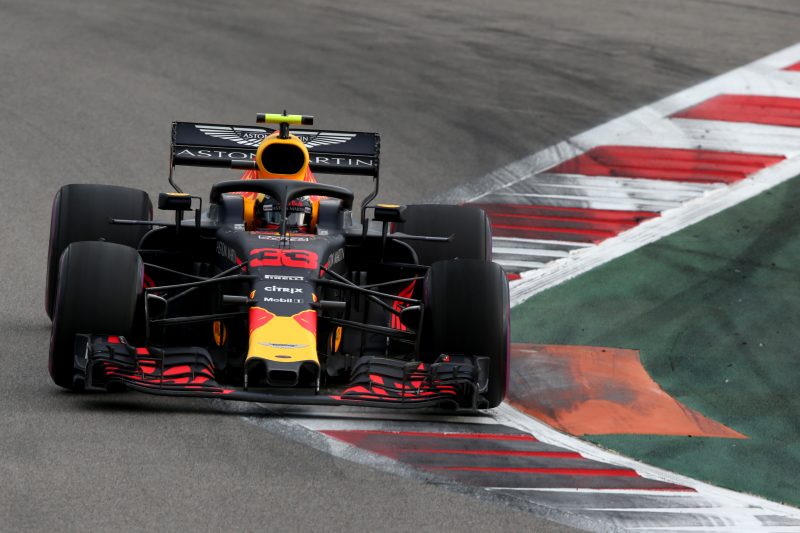 Max Verstappen during practice in Russia

Renault team boss Cyril Abiteboul has stated that Max Verstappen should concentrate on his own driving after the Dutchman’s comments regarding the reliability of the Spec C engine.

Red Bull Racing has reverted to Renault’s Spec B this weekend as it sacrifices the Russian Grand Prix somewhat with an eye to the upcoming Mexican Grand Prix, where it expects to challenge for victory.

Verstappen said on the eve of the Sochi round that the switch was due to doubts over the reliability of the Spec C at altitude in Mexico and Brazil.

Abiteboul claimed that the unconventional series of events was in fact pre-planned at the direction of Red Bull.

“I believe that it’s fair to say that any engine performs not as good at high altitude but I guess the power increase that we have seen would have been equal in a track like Mexico so no, I don’t agree with those comments in general,” he said of Verstappen’s claim.

“I think Max should focus on the car.”

The Renault Sport F1 managing director defended the performance of the Spec C and said that Red Bull had known of frailties when it asked for the upgrade with a view to downgrading at a later date.

“The C-spec is a good step, it’s a step that everyone recognises at Red Bull is a clear step in power,” noted Abiteboul.

“That comes also with a certain number of limitations. That was part of the plan to introduce at a later stage a new B-Spec.

“It’s a bit unusual in terms of pattern but it’s a pattern, a plan that was agreed specifically on the request of Red Bull.”

Abiteboul suggested that Daniel Ricciardo was more capable of driving around engine issues than his younger team-mate after the Spec C caused driveability problems in practice for the last grand prix in Singapore.

“What is true is that Daniel managed to find some work around, some way to drive around the limitation of the engine in FP1 in Singapore,” he noted.

“But anyway, it doesn’t remove the fact that we should have done a better job on having the right drivability for the two drivers in Singapore which is again something that we’ve done.”

Verstappen and Ricciardo finished third- and fourth-fastest in Friday practice in Russia, albeit over 0.4s off the pace of Mercedes’ Lewis Hamilton.