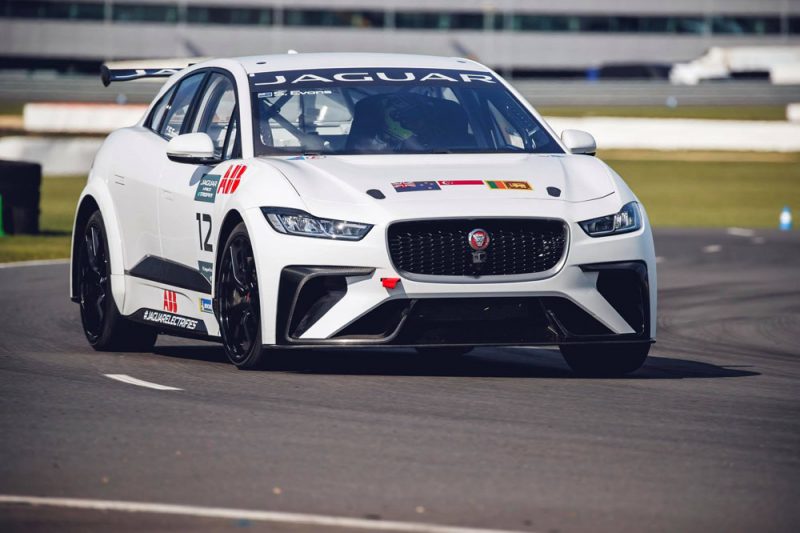 Simon Evans has been confirmed as one drivers set to compete in the forthcoming Jaguar I-Pace eTrophy series.

The all-electric competition will run as a support category to the Formula E Championship in what will be the first series for production-based electric vehicles.

Evans is the older brother of Jaguar Formula E driver Mitch Evans, and has previously raced at the Bathurst 12 Hour and New Zealand’s BNT V8 series.

“My brother races in Formula E and I’ve been following it for a few years now; it’s exciting, it’s definitely the future so it’s great to be involved,” Evans said.

“Having (Mitch) there will be great too – we’ll be supporting each other and he’ll definitely be pushing me on.”

An acclimitisation test at Silverstone saw a number of teams confirm their drivers for the series, with Rahal Letterman Lanigan Racing, Jaguar Brazil Racing, and Asia Pacific eTrophy all taking part.

Evans will drive for the Asia Pacific eTrophy team, while Katherine Legge and Bryan Sellars were confirmed at RLLR, and Jaguar Racing Brazil will sport Caca Bueno and Sergio Jimenez.

A German squad also attended the Silverstone test, though did not announce its driver lineup, while entries from Europe, China, and the Middle East are yet to be confirmed.

The series is set to begin at the opening Formula E race of the 2018/19 season, at the Ad Riyadh ePrix on December 15.