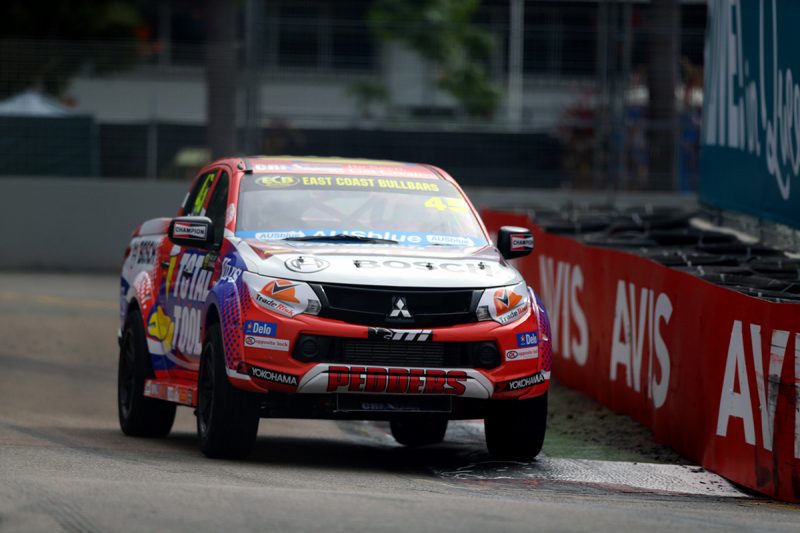 Team owner Luke Sieders is hoping that Craig Dontas will be rewarded first-hand for his behind-the-scenes efforts when he returns to the wheel of a Mitsubishi Triton SuperUte at Bathurst.

While he gave the Triton its first pole and first race win, both during Round 3 at Townsville, Dontas has sat out the last two rounds.

He therefore wasn’t in the driver’s seat when the Tritons took a sweep of Armor All Qualifying and the three races last time out at Sandown, in the hands of Elliot Barbour and Mick Sieders.

Dontas will join the latter on-track at Mount Panorama. 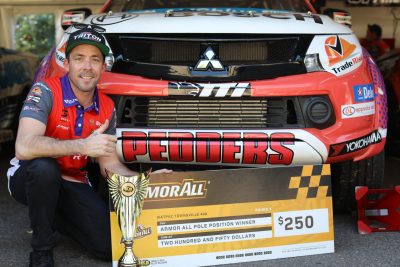 “It’ll be good to have Craig back in the car and get him up around the mountain,” Luke Sieders told Speedcafe.com.

“He did all of the legwork to get Mitsubishi in. Without Craig this whole thing wouldn’t have happened for us and for us to be able to give him a good run up there would mean a lot to him, to us, to Mitsubishi, the whole lot.”

One aspect Dontas won’t reprise is his usual number, #45, which is set to remain with Mick Sieders for the remainder of 2018.

Dontas will race with #87, Price’s standard alias which the other Triton entry has used all season, due to the Supercars-like regulations regarding tyre allocations.

“The only reason we haven’t swapped it over is because Mick’s sort of used that for two rounds now and Mick’s probably going to stay in that seat for the rest of the year,” explained Sieders.

“We’ll just save the confusion of swapping numbers and tyre banks and all that sort of thing, because there’s a whole raft of issues with changing numbers; it’s not that easy.”

Meanwhile, progress on a fourth Toyota Hilux to be raced by Charlotte Poynting continues at the team’s Western Sydney workshop.

Poynting will race the ute in her home city of Newcastle in November, but debut at Bathurst pending completion of the Hilux.

Should it make the grid, the team would be fielding 10 cars at Mount Panorama including Poynting’s and the other two Western Sydney Motorsport Hiluxes, and four Toyota 86s.

“There’s still some grey to the whole possibility of getting there but the boys in the workshop are pretty committed to doing their best to get it there and it’s all good.

“The big focus is making sure we don’t compromise anything on the other cars at the same time because we’ve got nine other cars going to Bathurst on top of all that.”

The ECB SuperUtes Series and Toyota 86 Racing Series will each have two 20-minute practice sessions to kick off their rounds on Thursday at the Supercheap Auto Bathurst 1000.