Triple Eight to sell REC, scale back to two cars

Triple Eight to sell REC, scale back to two cars 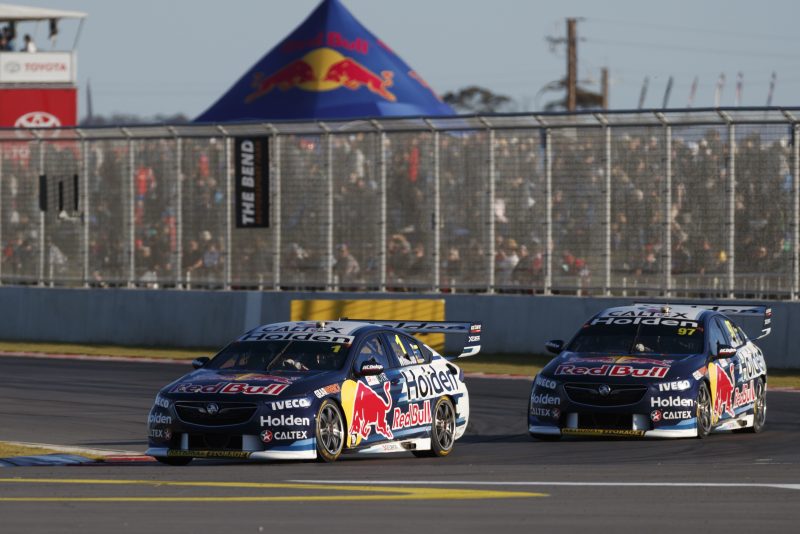 Triple Eight is set to run two entries next year

Triple Eight appears set to scale back to a two car operation for the 2019 Virgin Australia Supercars Championship, Speedcafe.com has learned.

Triple Eight expanded from two to three cars for 2016 to accommodate Craig Lowndes following the arrival of Shane van Gisbergen from Tekno Autosports.

The decision for Lowndes to retire from full-time Supercars racing at the end of this season opened up a seat at the team that Simona de Silvestro had been tipped to fill.

However, negotiations between the team and de Silvestro broke down prior to the Rabble.Club Sandown 500.

Triple Eight boss Roland Dane has remained coy regarding his outfit’s plans ever since Lowndes’ full-time retirement announcement in July, stating that the team was undecided if it would run three cars next year.

Super2 outfit Kostecki Brothers Racing has emerged as a possible suitor for the REC having openly expressed a wish to step up to the main game next year, following recent wildcard outings for Kurt Kostecki at Queensland Raceway and The Bend Motorsport Park.

The proposed sale of Triple Eight’s REC could be the first of several movements for next season.

Jason Bright has confirmed that there are ongoing discussions surrounding the lease of his contract to Matt Stone Racing, which in turn is keen to own its entry for the future.

Tekno Autosports has downplayed the sale of its REC but has admitted to receiving interest in the licence, while Preston Hire Racing and Nissan Motorsport are yet to confirm their plans.