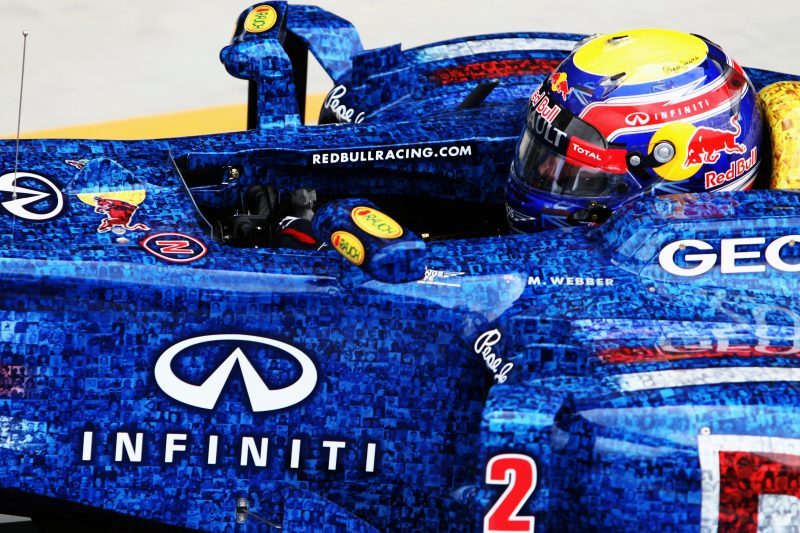 Rules currently stipulate that teams must run both cars in essentially the same livery, with any major mid-season changes requiring prior approval.

Brown however is open to the idea of relaxing those regulations to allow teams the opportunity to change their design for specific races.

“I think what you could see and what I would be supportive of, and it’s not currently allowed, is… and IndyCar does this, as does NASCAR, is changing paint schemes throughout the year,” Brown said.

“I still think I’d like to see it as two cars, but if you were going to Monaco and you have a big program going with one your partners, and for that weekend you wanted to turn it in to a Dell Technologies car or whatever the case may be, but both would be the same. So the fans still knew that’s McLaren, that it’s Ferrari, whoever the team may be.

“I think that might be a new innovation with partnerships in Formula 1 that’s not quite to the extreme of seeing different cars in totally different liveries, because I think those fans are more focused on the driver.”

Brown though stopped short of suggesting rules be opened up entirely, suggesting unlike in other categories fans recognise the car and then the driver, and not the other way around.

“I think if you had twenty different liveries out there it might start to get confusing as to who is who,” he reasoned.

“In NASCAR the fans tend to be more driver-centric, so they’ll recognise Jimmie Johnson in the Lowes car, whereas they recognise Fernando Alonso in a McLaren. So I think the sport is different.”

Advertising was only allowed into F1 in 1968, and even then teams were limited in the size of any branding the car carried.

Over the years a handful of one-off liveries have been employed, with Red Bull running a number of Wings For Life designs, most recently at the 2012 British Grand Prix when fans faces were incorporated into the team’s traditional blue and yellow design.

McLaren ran a one-off livery at the 1986 Portuguese Grand Prix, with Keke Rosberg sporting a yellow and white car, instead of the red and white the team famously carried at the time.