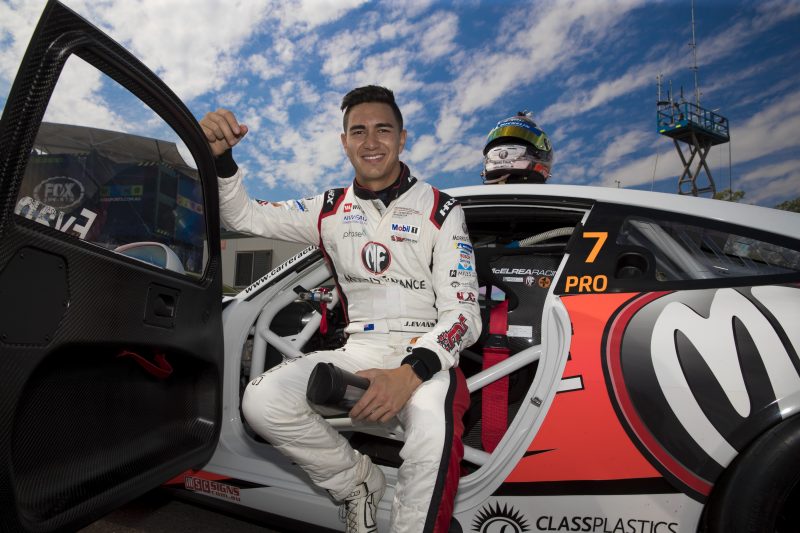 The New Zealander currently leads Carrera Cup Australia’s outright standings by 62 points with two rounds remaining in his second year in the series.

He was also named a Michelin Junior earlier this year, a subclass which he tops by 252 points.

“It’s incredible to be selected as the Carrera Cup Australia nominee for the 2018 Shootout and I’m looking forward to the opportunity to head over to Europe and compete among the best young Carrera Cup talent from around the world,” said Evans.

“It has been a great Carrera Cup season so far but there’s a long way to go between now and the end of the championship.

“We have two incredible events ahead of us – Bathurst and Gold Coast – so I’m looking forward to the remaining races and hopefully finish the season at my home event at the top of the standings.

“After that, I’ll have full focus on the Shootout event.”

The 22-year-old’s career has taken a similar progression through the Porsche ranks to that of Matt Campbell, Australia’s 2016 Shootout winner and the previous driver of the #7 McElrea Racing entry which Evans took over last year.

Campbell finished third as a rookie in last year’s Porsche Mobil 1 Supercup, with four race wins, and won the LMGTE-Am class in the 2018 Le Mans 24 Hours.

He has also competed in other endurance races with Porsche teams, adding an outright victory in the 24H Barcelona to his name earlier this month.

“Matt is a good friend and I’ve watched his progression through the motorsport ranks very closely,” noted Evans.

“To win the Shootout and follow Matt’s pathway through to an international racing career with Porsche is indeed something I want to replicate so I’ll do all I can to prepare and give myself the best opportunity to win the Shootout.”

The Shootout will take place at an as yet unnamed French circuit sometime after the final round of Carrera Cup Australia on the Gold Coast (October 19-21).

The penultimate round of the season supports the Supercheap Auto Bathurst 1000, starting with a 50-minute practice session on Thursday at 1045 local time/AEST.