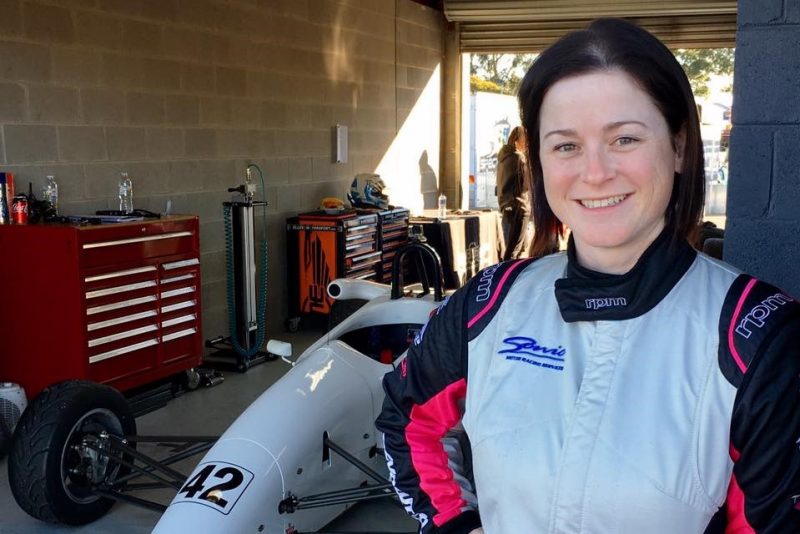 Leanne Tander will join a 28-car field for the penultimate round of this year’s Australian Formula Ford series at Phillip Island this weekend.

The 2016 series winner will compete in the seven-car FF1600 class in her TanderSport Stealth, as she did in another one-off drive 12 months ago at the Island.

On that occasion, Tander won the class in Race 1 before her weekend came to an end with an engine failure in Race 2.

Hunter McElrea now drives the Mygale which she took to the title two years ago, and theoretically could emulate Tander this weekend.

The Sonic Motor Racing driver leads the standings by 38 points from team-mate Hamish Ribarits, while Zac Soutar is another 49 points back in third.

McElrea returns to Australia fresh off setting the fastest time in USF2000 in the annual Chris Griffis Memorial Test at Indianapolis last weekend.

The round will be held in conjunction with the finale of the Victorian Formula Ford Series.

That competition is led by Nathan Herne, who is fourth in the national standings.

Track activity commences with an open practice day this Friday before qualifying and the first of three races on Saturday.