Objective McLaren confirmed for 2019 B12 Hr

Objective McLaren confirmed for 2019 B12 Hr 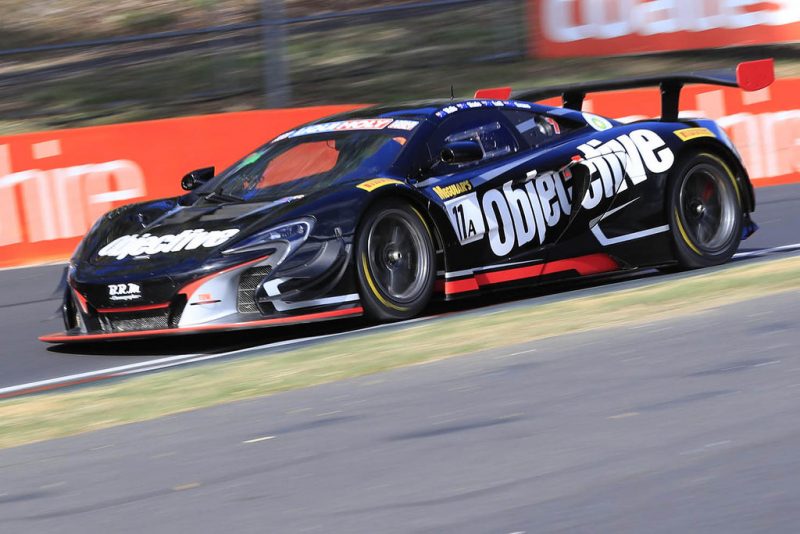 Tony Walls’ Objective Racing will again enter its McLaren 650S GT3 in the 2019 edition of the Liqui-Moly Bathurst 12 Hour.

Next year’s running of the once-around-the-clock race at Mount Panorama will be the team’s fourth after debuting in 2016.

Objective, which recorded a DNF this year after a starter motor failure at its final pit stop, will again run in the Pro-Am class.

“I went there this year with absolutely no expectations and we were going pretty strong into the end there and in with a shot – but that’s the way it goes,” said Walls.

“The 12 Hour has been ‘would’ve, could’ve, should’ve’ for us but everyone has those stories at Bathurst.

“The first year we went there we had a lot on our side that we know would have played out well. In year two we had an early issue with the alternator and we were strong again this year.

“Everyone’s keen and itching for it so we’ll go around again.”

The driver line-up for the black McLaren remains unconfirmed due to a tweak to driver seeding regulations for next year’s race.

While Silver drivers were also previously allowed alongside the Platinum and Gold drivers, they can now only take the place of those seeded drivers.

Objective’s 2018 quartet of Tim Slade, Warren Luff, Jaxon Evans, and Walls would be ineligible as they are currently (as at 24 September) ranked by the FIA as Gold, Gold, Silver, and Bronze.

Walls is not sure if he will seek a second Bronze driver to join him in the car.

“The change in the way they are doing Pro-Am will change our plans slightly in our driver line-up,” he noted.

“We always go there thinking we’ll have a crack at outright as well as the Pro-Am class, but this year’s changes mean a Pro-Am combination isn’t going to win.

“If we were running an Audi we would run a second Am driver but it’s tough in the McLaren.

“We’ll see – our plans are still coming together. We’ll go to Challenge Bathurst in November and I think we’ll have the same approach as the last couple of years.”

Objective was a DNF in 2016 after an early crash for Luff, who had been challenging eventual winner Shane van Gisbergen, at The Dipper.

In 2017 they were 20th outright having suffered mechanical issues.