‘All or nothing’ for Heimgartner at Bathurst

‘All or nothing’ for Heimgartner at Bathurst 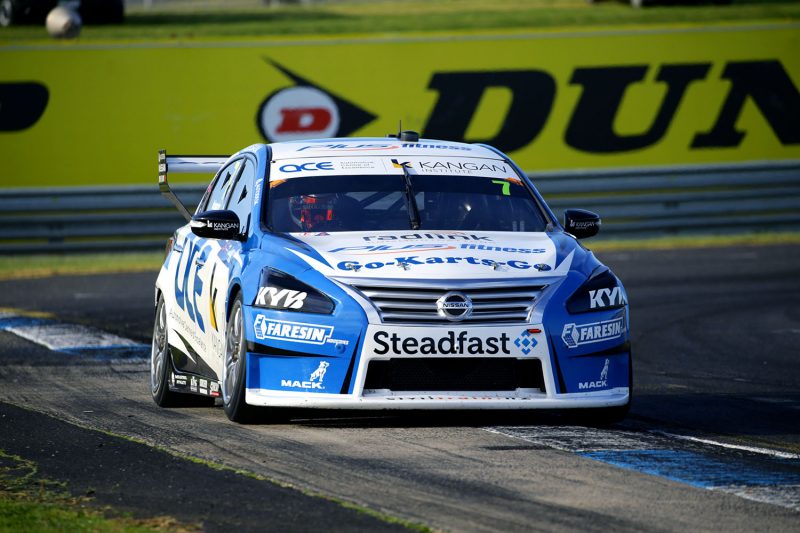 Nissan Motorsport driver Andre Heimgartner is ready to take an all or nothing approach to the remainder of the Virgin Australia Supercars Championship season, starting with next weekend’s Supercheap Auto Bathurst 1000.

The New Zealander is out of contract at the end of 2018 and believes a strong result in the final rounds could secure his place on the grid next season.

Though conceding the uncertainty will put him under increased pressure at Bathurst, he also believes he can’t afford to take a conservative approach.

“To a certain extent, yes (I will be under more pressure at Bathurst), but you’ve just got to take a ‘got nothing to lose’ type attitude because if you’re trying to be reserved or anything like that it’s not going to help you,” Heimgartner told Speedcafe.com.

“That’s the attitude I’ll be taking for the rest of the year, just going for it, not being scared of making any mistakes or doing anything like that. You’ve just got to get a result and get it done.”

Heimgartner and his Pirtek Enduro Cup co-driver Aaren Russell starred on Saturday at the Rabble.Club Sandown 500, qualifying the car sixth before Russell raced to win the co-driver qualifying race.

They went on to bring the car home 14th in Sunday’s race, and while Russell stole the headlines, Heimgartner was happy with his own efforts throughout the weekend.

“It’s the highest qualifying a Nissan has ever qualified at Sandown, so obviously that was great for us and my engineer, Dilan (Talabani), to work together and get to that,” he said.

“It’s something we’ve been working on over the last few rounds and unfortunately for whatever reasons, mistakes from myself or other things, we haven’t been able to show the potential we had.”

“Obviously it’s not actually a race and you don’t get a trophy and it’s not really a win at all, but just within the walls of our little workshop it’s obviously a good feeling to cross the line in any race, even if it doesn’t count, to be the first one to cross the line is important,” he added of Russell’s result in the co-driver qualifying race.

“It did involve a bit of strategy, obviously some good driving from Aaren, and it was definitely a good moment.”

The result highlighted an up and down year for Heimgartner, during which he’s watched on as team-mates Rick Kelly and Michael Caruso pick up race wins and podiums.

Heimgartner’s best result has been an eighth place at Barbagallo, a weekend which saw him quickest in opening practice at the Western Australian venue.

“It hasn’t been as consistent a year as I would have liked, and going to tracks that the Nissans are fairly strong at and Rick (Kelly) and (Michael) Caruso getting podiums, it’s been pretty hard to watch,” he explained.

“But for me, my career’s been totally inconsistent. I’ve never worked with one engineer for more than one year and obviously in this game its consistency and knowing what you’ve got is half the battle.

“Working with Dilan, just building it up, has been the thing. Obviously I’ve made a couple of mistakes, a few things have happened and we haven’t been able to show our full potential.

“(I) just hope we can get some strong results towards the end of the year and I can sort of prove that I deserve to be in the category next year.”

Heimgartner currently sits 19th in the standings, 209 points away from team-mate Caruso and more than 300 clear of Simona de Silvestro.