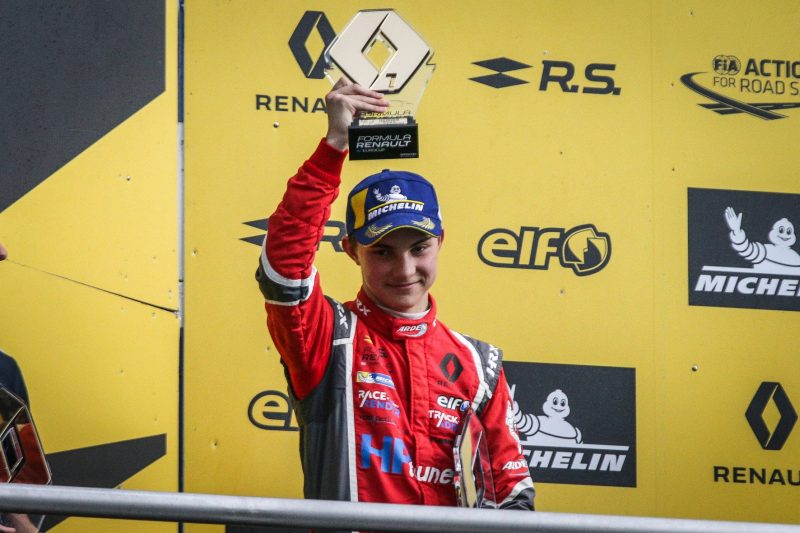 Oscar Piastri was the star of the Australian Formula Renault Eurocup contingent, while a dominant Max Fewtrell edged closer to the drivers’ title in Round 8 at the Hockenheimring.

In Race 1, Fewtrell (R-Ace) led from pole to finish as Christian Lundgaard and Victor Martins made considerable contact at the second corner.

Yifei Ye finished second while Piastri (Arden) managed to hold onto third following an almighty five-car battle for the final spot on the podium.

Fewtrell won Race 2 after a gearbox issue for pole-sitter Lundgaard.

Piastri moved by Ye for second and they remained that way at the chequered flag.

Maxwell finished seventh but Peroni was not classified after being turned around by Thomas Neubauer.

The final round of the season takes place at Circuit de Barcelona-Catalunya from October 20-21. 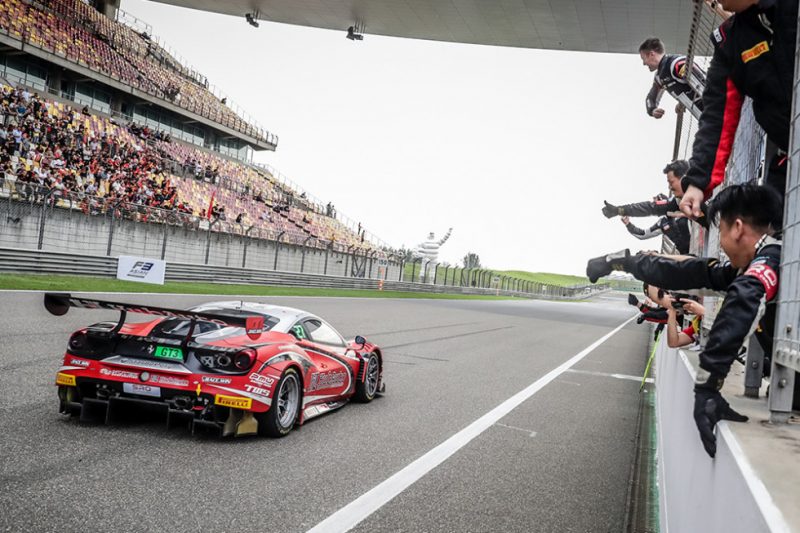 The Australian/Kiwi duo of Nick Foster and Jono Lester were victorious in the Blancpain GT Series Asia at Shanghai International Circuit.

Foster and Lester steered their #27 HubAuto Corsa Ferrari 488 to the top step of the podium in the weekend’s opening race after rival competitors tumbled in the early stages.

Lester moved himself into the lead before handing over to Foster who brought the car across the line 13s ahead of Anthony Liu and Alessio Picariello (#37 Absolute Racing Audi).

It came after Alexander Mattschull spun out of the lead on the penultimate lap in the #888 GruppeM Mercedes-AMG GT3 and ultimately finished third.

The best of the Australasian contingent was again HubAuto Corsa’s Foster and Lester, bringing their Ferrari home in seventh, while Davies/Stuvik were eighth.

Slade and Chen completed the top 10 in their Ferrari, the #991 car of O’Young and Read crossed the line 12th, while Gilbert suffered a DNF.

Australian squad AMAC Motorsport claimed a best finish of 20th in Race 1 with the pairing of Andrew Macpherson and William Ben Porter.

Kodric and Lind sit atop the standings heading into the final round of the season at Ningbo on October 13-14. 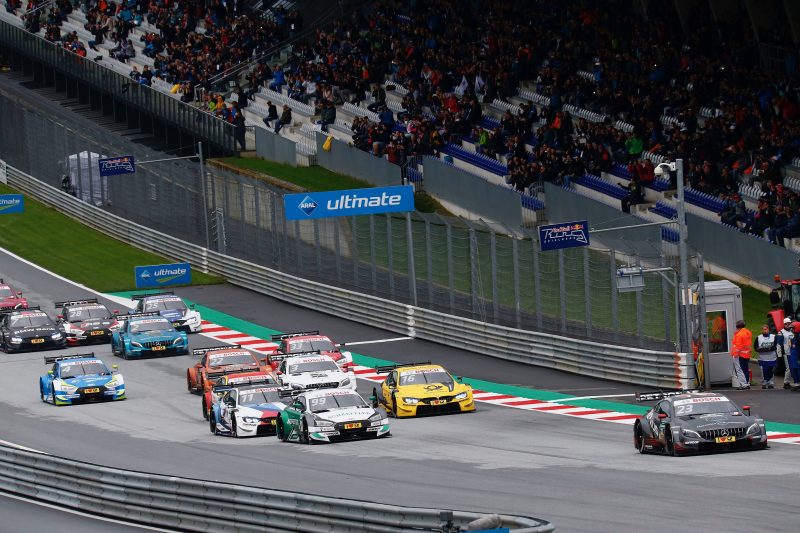 Rene Rast is now four wins in a row after sweeping the weekend at the Red Bull Ring.

Daniel Juncadella was on course to win Race 1 but received a late drive-through penalty for a Safety Car restart infringement, leaving Mike Rockenfeller out front ahead of Nico Muller and Rast.

On the last lap, the former two let their Audi stable-mate Rast past, finishing second and third.

Rast started Race 2 from eighth but climbed to fourth by the end of Lap 1 and emerged from the pit stop sequence in the lead.

From there, the defending champion cruised home, ahead of Muller and the Mercedes-AMG of Garry Paffett.

Rast is now third in the standings and 30 points behind leader Paul di Resta (Mercedes-AMG), who finished fourth in both encounters, while Paffett is second and four points behind.

The Hockenheimring hosts the season finale on October 12-14. 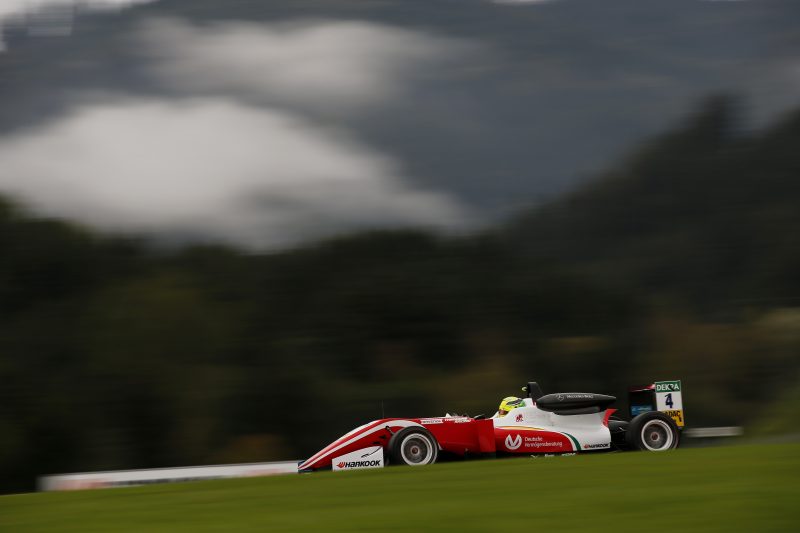 In Race 2, Schumacher led from pole to the chequers as Armstrong just managed to hold off a hard-charging Shvartzman for second.

Shwartzman took a maiden win in Race 3 having out-foxed Schumacher into the first corner and fended off a second challenge later in the lap before stretching his advantage.

Schumacher finished second and now leads the championship by 49 points back to Daniel Ticktum, who retired from Race 2 and finished Race 3 in fourth, a position ahead of Armstrong.

The final round is at the the Hockenheimring from October 13-14. 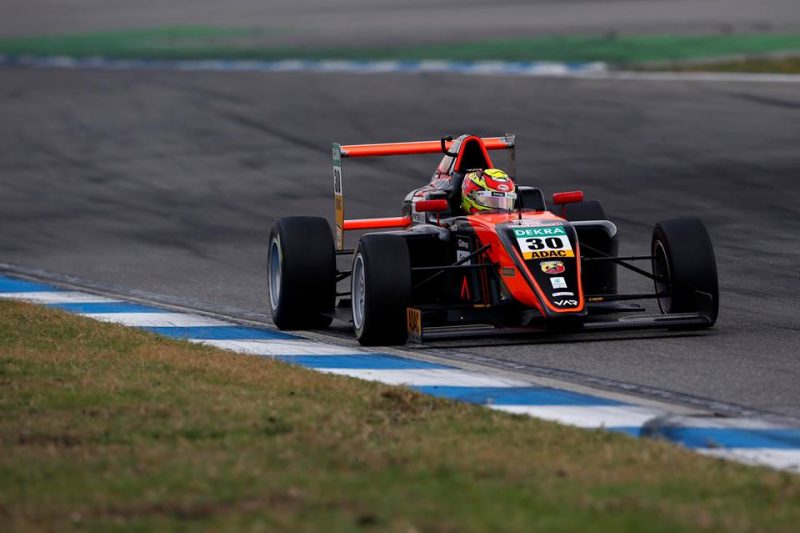 New Zealander Liam Lawson finished runner up in the 2018 German Formula 4 Championship after two podiums and a DNF in the Hockenheimring season finale.

Lawson finished Race 1 in second, narrowing eventual champion Lirim Zendeli’s points advantage after he was hit with a drive-through for a start infringement and dropped from the lead to seventh.

The Kiwi had inherited the lead before being passed by Charles Weerts, who went on to win.

Lawson finished third in Race 2 after losing out from pole, as Zendeli and Mick Wishofer claimed first and second respectively.

The Van Amersfoort Racing driver struck drama in the final race when he collided with David Schumacher in the last 15 minutes of the encounter.

He held onto second in the standings as Zendeli wrapped up his championship winning season with another victory. 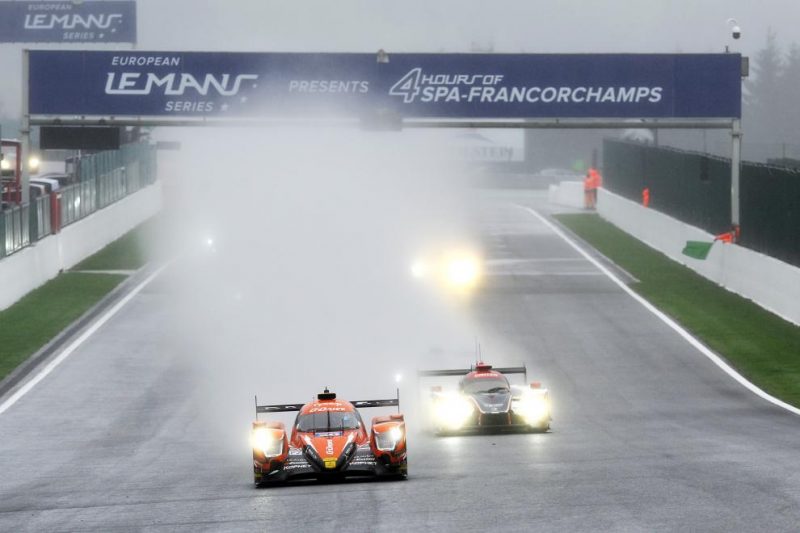 The 4 Hours of Spa was shortened by rain

The #22 United Autosports Ligier of Filipe Albuquerque and Phil Hanson won a rain-shortened 4 Hours of Spa-Francorchamps in which G-Drive Racing clinched the title despite finishing 12th.

The red flag came out with 90 minutes remaining and did not restart, meaning a podium of the #22 United car, DragonSpeed’s #21 entry in second, and the #23 Panis Barthez Competition Ligier in third.

The #26 G-Drive trio of Jean-Eric Vergne, Andrea Pizzitola, and Roman Rusinov, led early on before a series of trips through the gravel and a two-minute stop-and-go penalty.

Their 12th place result was still enough to secure the drivers’ championship with a round remaining at Portimão on October 26-28.

Australian James Allen grabbed an 11th place result in LMP2 in the #40 G-Drive car he shares with Julien Falchero and Henning Enqvist. 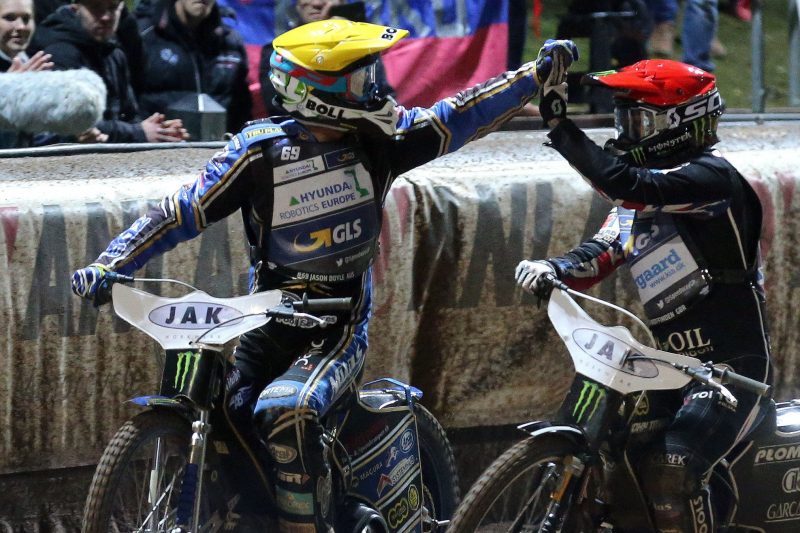 Brit Tai Woffinden extended his championship lead in Speedway GP after winning the German round in Teterow while Australian Jason Doyle claimed second.

Reigning champion Doyle beat Bartosz Zmarzlik to second at the line in the final as Greg Hancock was next.

Woffinden is now 10 points ahead of Zmarzlik in the standings, with the Brit on course for his third world title.

Doyle is now sixth in the standings, while an 11th place finish for fellow Australian Chris Holder sees him sit 12th.

The final round of the year is in Torun, Poland on October 6. 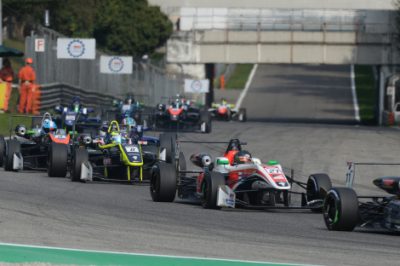 Calan Williams fought back from being taken out in both of the Euroformula Open races at Monza to finish inside the top 10.

Williams was hit twice in Race 1 while fighting for position and brought his damaged car home in 10th.

In Race 2, the Australian got a great start but was involved in a Turn 1 melee, before working his way back up to eighth with a broken front wing.

Brazil’s Felipe Drugovich sealed the 2018 Euroformula Open title after winning both races at Monza with two rounds still to go.

Jerez hosts the next round from October 6-7. 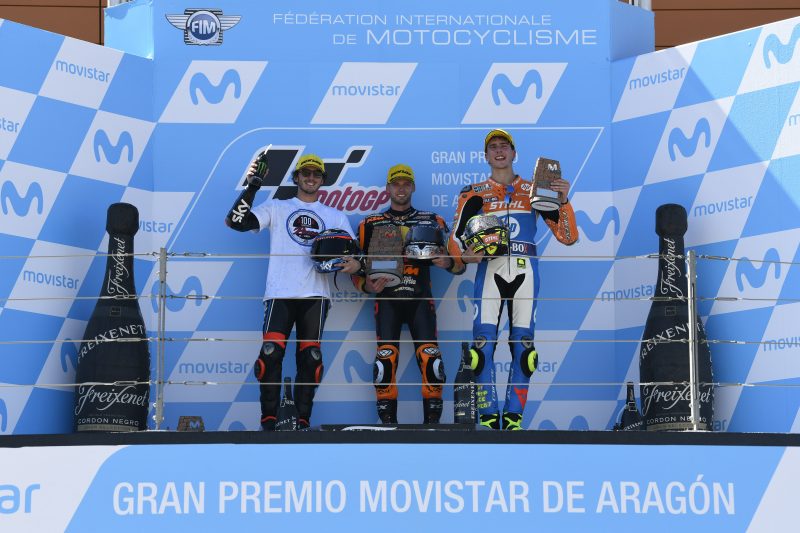 The Moto2 podium at Aragon

Binder led away from his first Moto2 pole but handed the spot to Alex Marquez (EG 0,0 Marc VDS) when he ran wide at Turn 16 on Lap 2.

The South African survived contact with Bagnaia when he made a similar error on Lap 13, and again in the decisive pass on Marquez at Turn 12 on Lap 15.

Bagnaia recovered from the touch with Binder to re-pass Lorenzo Baldassarri (Pons HP40) and then overtake Marquez.

Moto3 championship leader Jorge Martin was an all-the-way winner Aragon but his main rival, Marco Bezzecchi, only gave up five more points by finishing second after starting from 18th due to a grid penalty.

Round 15 is the inaugural Thailand MotoGP on October 5-7.