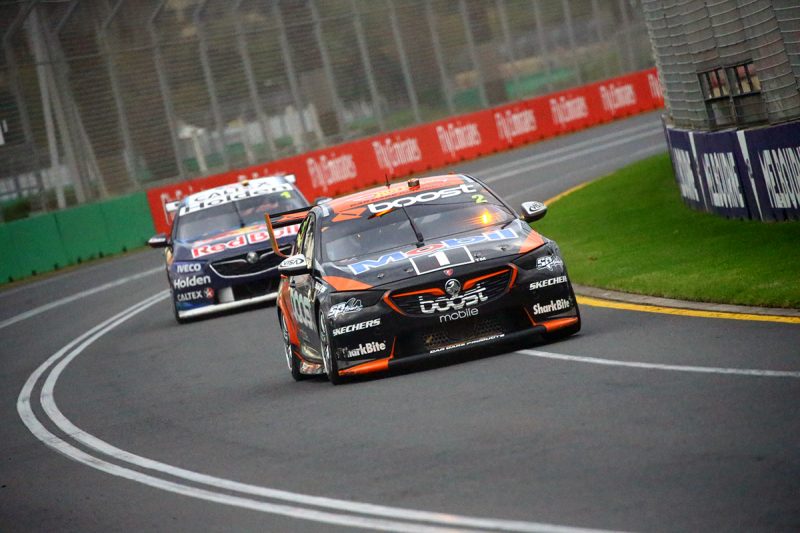 Walkinshaw Andretti United is set to auction off the Holden Commodore chassis currently being campaigned by Scott Pye.

It is the same chassis Pye used to claim to his maiden Supercars race win at Albert Park in March, and is set to drive for the remainder of the 2018 campaign, including at next month’s Supercheap Auto Bathurst 1000.

The car will go under the hammer on the eve of the Great Race, with the new owner taking delivery of the rolling chassis at the end of next year.

Delivered with a set of second hand Dunlop tyres, the car will be in the same specification as it started the year in Adelaide, with the owner able to choose any one of the liveries applied to it during the course of 2018 or 2019.

It marks the first time a car actively competing in the Supercars championship has been offered for auction, though is a practice employed by Andretti Autosport in the United States.

“It’s extremely exciting to be able to offer the sale of one of our current race cars,” said co-team principal Bruce Stewart.

“It’s something that hasn’t been seen in Supercars before, it’s innovative and ground-breaking, so to be the pioneers locally is a real honour.

“It’s something we’ve seen work well through our counterparts in America, Andretti Autosport, so we are really looking forward to seeing what we can achieve,” he added.

“To own a Walkinshaw Andretti United built and prepared car is a rare opportunity, so it’s thrilling to be able to give the public the chance, especially a car with so much significance.”

The winning bidder will also receive a number of other benefits alongside the chassis, including hot laps, passes to the 2019 season, along with other memorabilia and experiences.

The car is being auctioned by Lloyds Classic Car Auctions, which is also selling off the Peter Brock Collection on the same night.